Seeing as part of the CultFootball family is currently enveloped in all things Korean, it seems as good a time as any to work up a little overview of the mother country’s most important players overseas (especially considering the conversation about the Reds that just happened over roast gui). Let’s break it down, list style:

Son Heung-Min Hamburger SV – An 18 yr old striker who has earned the affectionate nickname “The Korean Müller” for a rash of goals in the Bundesliga preseason before he picked up an injury that sat him out for a few months. On his first game back this season he scored against Koln, making him the youngest goalscorer in Bundesliga history.

Cha Du-Ri Celtic – The 30 yr old is well traveled, having been born in Germany then playing for Bayer Leverkusen, Eintract Frankfurt, and a couple others before landing at Celtic this year. He started his career as a winger, but shifted to a right back midway through his career. He sees limited time in Glasgow but with his experience he is an excellent option in a pinch.

Kim Nam-il Tom Tomsk – At 33 years the defensive midfielder is invaluable to the Russian side, breaking up opposing attacking play and distributing calmly to start the offense. He was well known in Korea during the 2002 World Cup, where he managed to earn hordes of female followers for being a sexy bad boy. He’s generally outspoken and doesn’t seem to give a damn about the Confucian backbone of Korean culture, speaking to elders as if they were his equals…the maniac!

Park Ji-Sung Manchester United – Undoubtedly the best-known Korean playing anywhere in the world, the 29 yr old winger is a mainstay of Sir Alex’s side, and he’s been key in United maintaining top marks this season. United picked him from PSV Eindhoven where he’d scored 13 goals in 60-odd games. He’s quick, plays with intelligence, and along with Giggs and Scholes has become one of the old men of United, brought out when the team needs an injection of experienced quality. We could go on for some time on this one, but you probably come in knowing enough about him already. 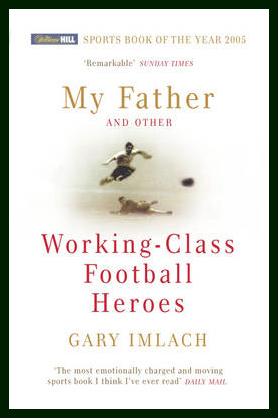 The Collision of Ethnicity, Class, and Memory in My Father and Other Working Class Football Heroes

If one believes the authors of Soccernomics, the provincialism of the nation’s working class remains one of the maladies plaguing English football. Though the authors acknowledge England’s creeping post war “embourgeoisement”, working class attitudes continued to dominate footballing circles and not necessarily for the better. In America, football depends largely on the middle class, but in England, for much of its sporting history, working class culture produced the vast majority of players. Soccernomics laments this development, suggesting the exclusion of the nation’s middle classes from competitive soccer acts as a “brake” on England’s international hopes. Furthermore, Simon Kuper and Stefan Szymanski argue that the provincial proletarian mindset continues to bedevil the sport. Pointing to the insights of Manchester United Manager Alex Ferguson as evidence, Britain’s working class players subscribe to a theory of work in which they are “entitled” to a couple pints every night (provided they’ve put in an honest day’s work), not to mention the semi-frequent Saturday night bender. Ferguson identifies this belief system as a direct result of “the shift worker’s mentality”. How very Scottish.

The authors are not completely unkind. They point to long traditions of self education among working peoples, the rise in college attendance among the general British public, and the blame that the middle and upper classes deserve for the wayward educational opportunities of England’s proletariat, yet despite these examples “the anti-intellectual attitudes that the soccer administrators encountered do seem to be widespread in the English game,” write the authors, “These attitudes may help explain why English managers and English players are not known for thinking about soccer.” [21] For many players and managers, education serves as a mark of suspicion rather than achievement; Kuper and Szymanski label this the “anti-educational requirement.”[22] While Soccernomics points to many truths about the game, it is not the rosetta stone of football. The book is sometimes guilty of ahistoricism (or at the very least flawed periodization that doesn’t always fully reveal all the nuances and turns of their subject’s narrative) and economic determinism (which some fairly point out should not be a surprise considering its title). The question is, how to get at these slippages?

Following on the heels of our look at German midfielder Bastian Schweinsteiger, we present you his “discovered on the street” model girlfriend Sarah Brander.

Schweini has been in excellent form since the 5’10” blond came along (ending his streak of 5 girlfriends in a year and a half), and has actually given her some credit for his current class.

These sorts of things aren’t always in our focus, but the sight of her double-fisting at the 2008 Euro was just enough to push the issue to the top. For more up-to-date happenings on Sarah and  Schweini’s love, and for general swooning over fit footballers, take a peak at kickette. They are sure to appreciate you stopping by.

And now, without further ado, the Sports Illustrated World Cup body painting swimsuit video staring the long german (after the bump). Be warned, the combination of giggling over the opening bars of Deutschland über alles may draw unwanted attention.

Bastian Schweinsteiger, whose name we take to mean bountiful pig sticker, is an oft overlooked member of Bayern Munich and the German national team. Far from irrelevant, he’s the engine that drives forward Munich and Die Mannschaft both. He has the strength and stamina of a Michael Essien, and the drive to goal of a player like Gerrard, all while being mostly deployed on a wing. He’s a tenacious and intelligent defender, and a creative force in attack, and while he doesn’t score loads of goals, the finishing movement often begins with a smarty picked pass from the man.

Perhaps you remember Maradona’s taunting before their teams met in last summer’s World Cup: “What’s the matter, Schweinsteiger? Are you nervoushh?” Schweini then completely controlled the midfield to help craft a 4-0 victory over the outclassed Argentines.

With Arjen Robben and Franck Ribery injured so far this season, the 26 yr old midfielder has (finally) been highlighted as top class player. The transfer market looming, it’s Schweini who is drawing attention from Europe’s top clubs. Der Kaiser wants him to stay in Munich, but the lure of foreign leagues may trump winning a sixth Bundesliga title. 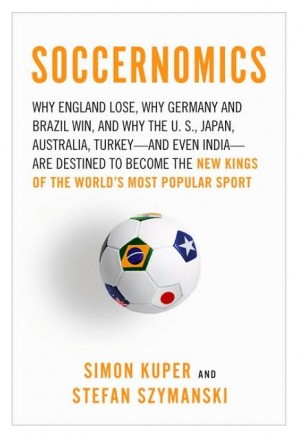 Unless you’ve been following Santos—maybe on the trail of Robinho—you may have so far missed the next great midfield prospect in global footbal: Paulo Henrique aka “Ganso”. He’s on many a team’s radar and there are bound to be offers from both Manchester sides, though Lyon is also in play.

Since Brazilians tend to have a hard time settling in England, and Lyon has such a youthful team alongside a fantastic record of bringing in players from overseas and developing them into superstars, it seems like France would be the place to go.

Wherever he lands, expect to hear more from him this season.

Please pick a side. You probably shouldn’t follow the rules for both sides, though who are we to tell you what to do? If you haven’t determined which side you’re rooting for by now, flip a coin and if you’re unhappy with the result, change.