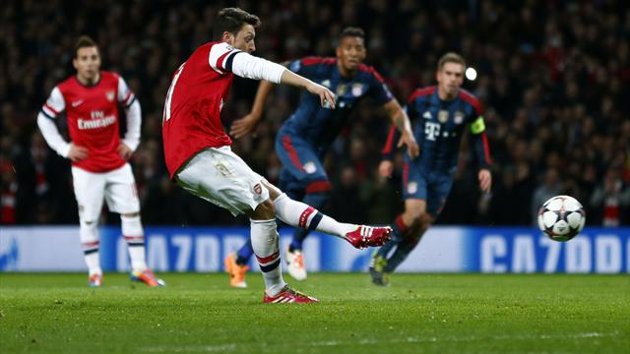 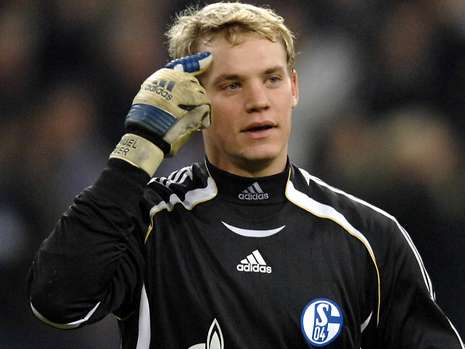 By now we can all recognize that Manuel Neuer, that strapping ideal of aryan idealism, is awesome. He may have let the Champions league trophy slip through his fingers last month, but not for lack of scoring a PK and saving a couple in the shootout.

Today, while ensuring his goal was mostly unpenetrated, he came out to collect the ball around the 25 yard mark and swing play to the opposite flank. “Why, those are the duties of an old fashioned sweeper!” I hear you saying. But these skills, and surely more, have been mastered by the German batter-awayer of balls flying toward his face.

What has made this young man so outstanding? Perhaps it’s the time he put in on training grounds at Schalke before his big move to Bayern? Or maybe it has more to do with his formative years spent at the Gesamtschule Berger Feld (whose most recent other famous footballing graduate is Mezut Özil – a man you’re sure to know after he won a prestigious Bambi award for excellence in integrating his Turkish self into German society).

But it seems even more likely that Manuel Neuer, that giant of giants, that leaping monster of man, receives his power from an eternal and supernatural source. That’s right people, Neuer has tapped the earth energies that were surely uncovered by the Bavarian illuminati at the turn of the nineteenth century. I wouldn’t be surprised if his DNA had been honed in a Mendel-style bean-crossing experiment for the last 10 generations.

Where’s the proof, you ask? Why just look at this YouTube video that reeks of validity. You can practically see the Eye of Providence emerging in the space between Neuer’s hands. 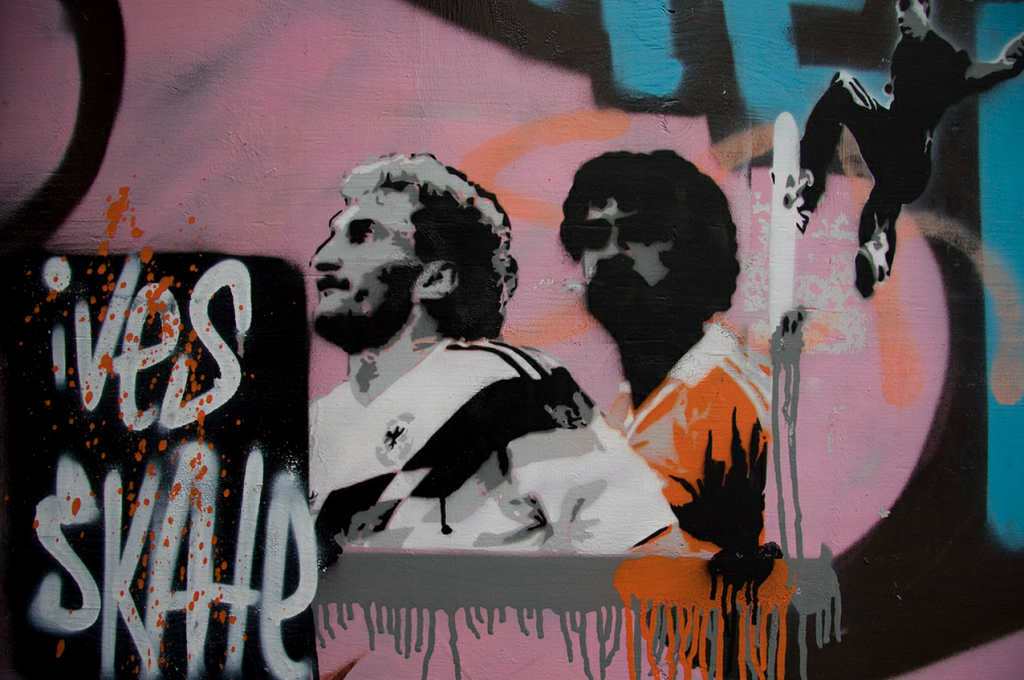 It’s not really a friendly between these two national sides. True, this match is worth watching based just on the fact that these two are among the top handful of national sides around right now, and will be the top challengers to unseat Spain as European champions next summer right now. But in addition to current form, there’s the history to consider. 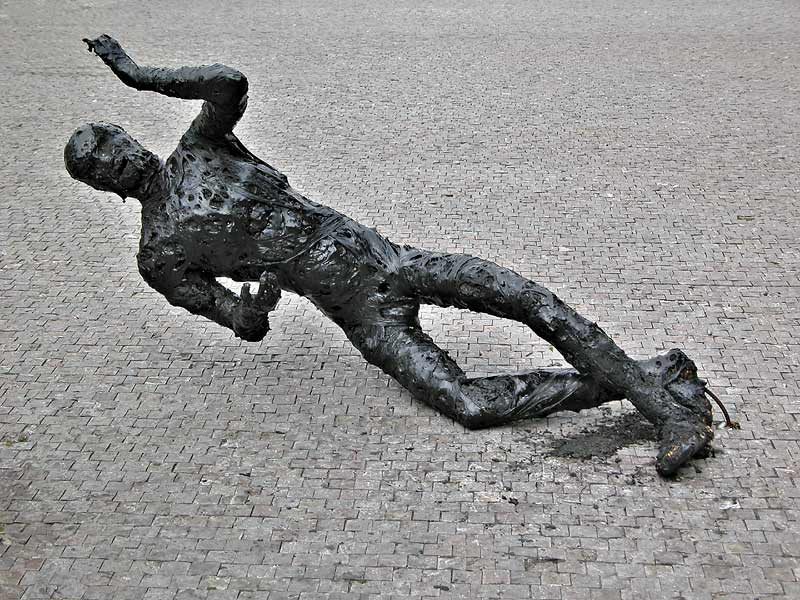 What a lot of exciting football we had today! But before that, there were the opening ceremonies.

There was some prancing around, which I honestly didn’t mind. Gives a sense of fanfare beyond your regular club get together is what I think. Toward the end of proceedings a clearly geeked pianist was joined in the center circle by a wild-looking, overweight DJ to perform a Chopin – house music mashup that, though I couldn’t hear, was probably as good as it looked.

Then it was on to the game, and what a game! Dodgy calls, red cards, a saved penalty kick. Poland were lively moving forward, connecting quick strings of passes on the way to chance after chance. Long story short: great game, 1-1 and the points shared. Go watch a replay. ESPN3 has them up

The second game between the Russians and the Czechs started out closer to the Velvet Revolution, but ended more like the Prague Spring. I’ll be damned if I can remember much in the way of who did what, but the Russians pretty much dominated the periods between 5 minutes and 50mins, and then from about 55mins until the final whistle. It looked a lot like the video below. 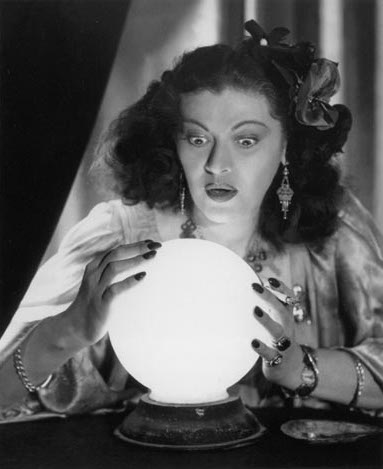 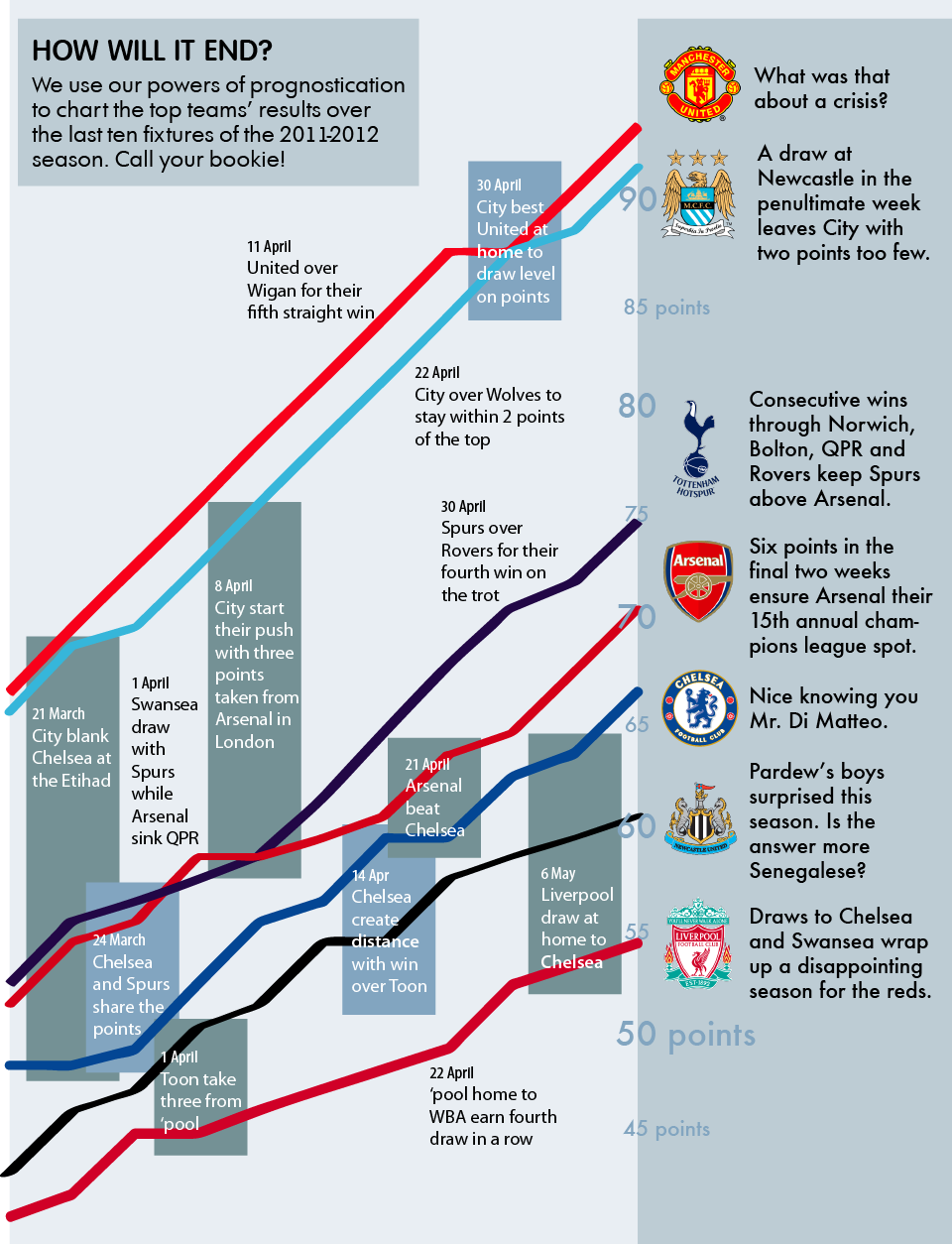 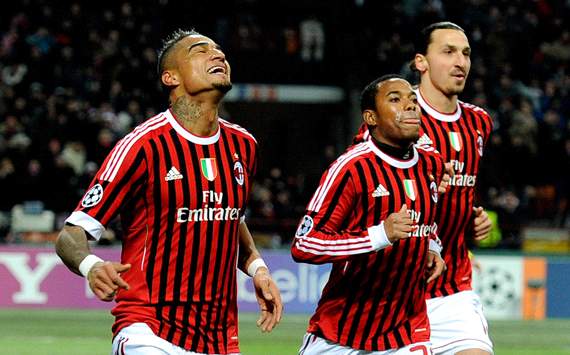 A slow, tentative Arsenal team visited Milan in Champions League knock-out play yesterday, and by god were their frailties exposed. Milan ended 4-o winners on the night, and that was a kind scoreline to the Londoners. Milan, far from the best squad they’ve ever had, abused Arsenal’s weak defense, and if Pato and Nocerino had been more composed it could have easily been six goals to the rossoneri.

Milan is not exactly impressive. They don’t seem that inspired in their build up play. Most times they try and bypass the midfield with a lob to Ibrahimovich, hoping the big Swede can bring the ball down and hold it until reinforcements arrive. Last night, it worked – a lot.Whenever he gets the ball it just feels confusing. He’s a big, weird looking, lanky guy with enormous feet. He’s fast, technical and can score, but none of it seems like it should ever happen because he’s just so strangely constructed. His weird little mustache and ponytail give the impression of a sideshow magician, and maybe that’s what he is, an oddly proportioned freak with just enough magic to befuddle defenders.

Ibra has taken flack over the years for his lack of scoring in Champions League play, and last night was no different, except he was playing a team with an incredibly porous defense who let him run the channels at will and spray passes all around the attacking third. He was supported by Boateng, who played well enough but never really seems fully in control of his body. When Boateng gets the ball you don’t think, “oh he’s going to unlock the defense this time.” Robinho was similarly uninspired, even though he put two goals past Szczęsny.

Still, Arsenal’s defense was just so poor. So, so poor. It didn’t matter that Milan aren’t a giant this year. The marking was poor, the high line they play just invites a ball over the top and a rush to goal (which they can’t handle),and then there’s Johan Djourou. This guy has no business being on the field. If he was a true talent, wouldn’t he have been in Africa with the rest of the Côte d’Ivoire team, losing to Zambia? No, he’s playing in the Champions League away to Milan – a team that has won seven European championships to Arsenal’s zero.

Milan’s defense never had to deal with any serious challenges. And Arsenal’s bread-and-butter – their wing play – was severely negated by both their lack of passion and the terrible condition of the pitch. Seriously, the field looked like a polo match had been played on it the day before. The wings, in particular, were chewed up. No coincidence perhaps that Milan play a compact diamond in the center of the field with very little wing play, while Arsenal spend most of their time advancing the ball up the wings. But yesterday I can’t even remember seeing Sagna or Gibbs bomb forward, and it wasn’t until the introduction of Oxlade-Chamberlain that Arsenal made their way down the left flank.

In the end, I never thought Arsenal were going to win that game, but I didn’t think they were going to be humiliated. But they were, and by a Milan team that is just not very good. Arsenal will probably win 2-0 in London, but it won’t be enough. Considering Milan went out at this stage of the competition the last three years, they were lucky to meet such a week side in the round of sixteen. 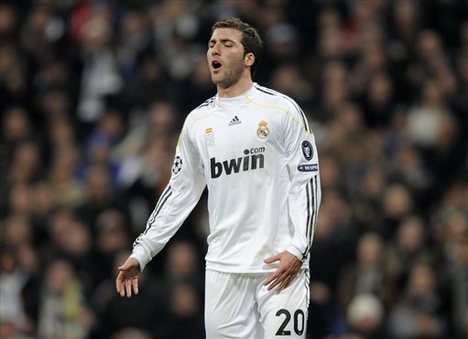 What started off el clásico predictable turned into a wide-open and exciting affair. Though they were the losing side, Madrid's performance is sure to embolden them on their league return to the Camp Nou. 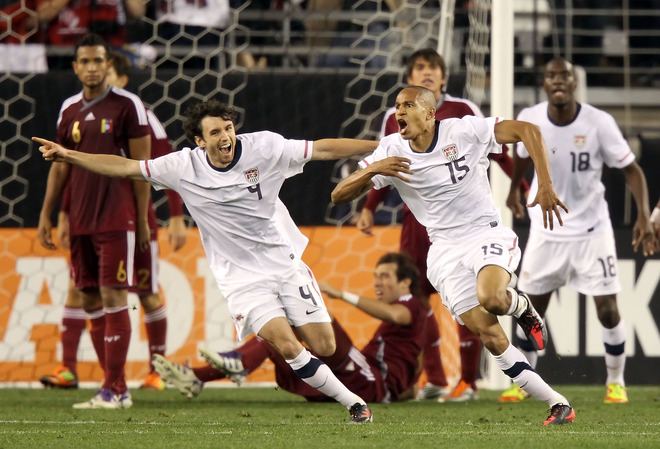 Klinsman's system is beginning to click, and after dominating play throughout it was the Bundesliga's Jermaine Jones and Ricardo Clark who connected on the winning goal.