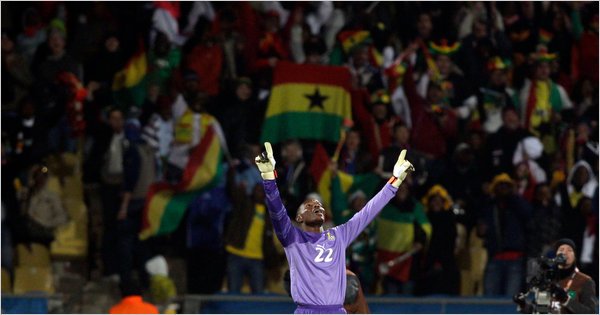 A rough day for the USA where nothing ever materialized in their offense third, while Ghana exploited a less-than-convincing centerback pairing that’s been shaky throughout the Cup. The boys simply looked tired on two-days rest, and with the customary goal given up within the first ten minutes of play, the struggle proved to be too much.

Who knows what the game might’ve been like if they hadn’t given up that early goal? Ghana was instantly content to sit back and block off routes into their half, and we’ve seen even the best attacking teams struggle to unlock stubborn, compact defenses during this tournament. The confidence and sharp movement we saw against Algeria was nonexistent, with poor touches and lofted balls bypassing the midfield the order of the day.

Surely it didn’t help that the entire support of Africa was behind Ghana. In fact, if it were any other team playing Ghana, we all would’ve supported them too. Now the Black Stars move on and the US is left adrift for another four years.

“The finality of it is brutal,” said Landon Donovan, who spent several long minutes alone on the US bench after the final whistle. “When you realize how much you put into it, not only for the last four years, but for your whole life. There’s no guarantee there’s another opportunity at that. It’s disappointing.”

The tournament continues, with some great matches yet to come. Tonight we lick our wounds, tomorrow we’re back!