The North London Derby is upon us. In the Cult Football camp, this match – more than any other – sees us set against each other. The fires were stoked with this initial lob: Bale isn’t even better than Walcott.

If I remember correctly, I posted among friends just a few days before that link was available that Walcott has better stats than Bale this season. But there is an obvious bias to my post and that blog. The bias ignores that this season Spurs are better balanced than past seasons, better balanced that the Gunners, and therefore have less chances of scoring bunches of goals AND less chance of being scored on by inferior opposition. Arsenal on their day score at will. Theo on his day scores at will. Bale on his day scores at will. Theo enjoyed such days two months ago and Bale is living the dream right now. Time will tell who is best remembered.

A more telling statistic for the present: Which of Bale or Walcott has a larger percentage of his team’s total goals? While Walcott is slightly more efficient at scoring goals this season, Surely Bale has the edge in carrying his team for the past three seasons.

Who scored a hat trick in the Champions League? (Bale)
Who scored hat tricks for club and country? (Walcott)
Who is most capable of taking the game by the scruff of its neck? (Bale edges Walcott)
Who is super crazy fast? (Let’s set up a 100 meter sprint!)
Who are the youngest and second youngest players to play for Southampton? (Walcott, Bale)

Fuck it, it’s a draw. But it’s not. (Or is it?) Bale is the talisman. Which is pretty weak as far as talismans go, but who is Arsenal’s these days? Wenger? Bale is all the rage. Bale… is… a… better overall player. (Pause to throw up in my mouth, choke, and accidentally inhale it into my sinuses.)

But comparing Theo and Caesar the chimp isn’t the point of my rambling.

Why I Hate Bale

(11 reasons for the 11 on his jersey, for the novel concept that it takes 11 players and not just one RVP who once wore 11 as a Gunner, and, well, because this one goes to 11)

11. He isn’t fooling us. He has obvious blood ties to The Shire, but he’s turned cuddly, stealthy, and clever into repellant, brash, and blatant. He’s disrupting the natural order of things; Hobbits rarely celebrate and prance around, heaping praise on themselves in mixed company. He’s putting his own at risk and he should be banished. Take a cue from fellow Shire international Baines and fly under the radar a bit more often. And in your other life, learn from a Welsh teammate of yours that if you keep it up the Orcs might just try to take your leg.

10. He’s really, really good. That’s one of the biggest reasons we hate players who don’t play for our teams, right?

9. He’s so ugly that he’s almost handsome in an ugly way.

8. He’s a whining bitch. (If you look for Gareth Bale in the dictionary you’ll find a picture of Theo Walcott)

7. He’s rumored to go to Spain, and I’m not too keen on PL players leaving their teams for Spain these days.

6. He just might be an intentional cheater who just might want to audition for the next Welsh Olympic jumping-off-a-solid-and-passing-through-a-liquid team. That’s one of the biggest reasons we hate players who don’t play for our teams, right?

5. Spanish players, and Spanish-speaking players, seem to dive a lot. (Not sure how that fits.)

4. He’s really, really good. Did I mention that? Can I make this entry more unique by confessing I get really tense when he has the ball while playing against Arsenal?

3. He has an extremely tiny waistline, which I find annoying. Come to think of it, given the fact that I’m x% Welsh, I actually find it offensive.

2. He’s clearly not mastering Remedial Sign Language 101 as fluently as most simians. Scientists are stumped and worried.

1. That ridiculous heart symbol he makes with his fingers after scoring a goal in front of his fans. This list could really be narrowed down to just that. You know what? I watched a televised game at White Hart Lane two or three years ago. He scored a great goal, then made that heart symbol with his fingers to the adoring fans. It was the first time I saw him do it and I actually was a bit touched because it was a great goal and the fans were going crazy. Fast forward and suddenly Sharon Osborne is doing it on my not-so-guilty pleasure of a summertime hit, “America’s Got Talent” (now starring Howard Stern). She was making that symbol left and right and I was annoyed, believe it or not, because Bale did it first (Didn’t he?) Sharon is great as far as gimmicks go, but I was pissed that she stole something that I first saw while watching soccer. Pissed! My anger at her cycled to the point where I hated Bale for doing it.

But I also hated Bale for it because, well, see entries 10 through 2 above. I hated anyone for doing it, without knowing anyone else who does it. I could take no more, I finally looked it up, I read that the first time Bale made that heart symbol with his fingers he was doing it for his girlfriend who was watching him play. 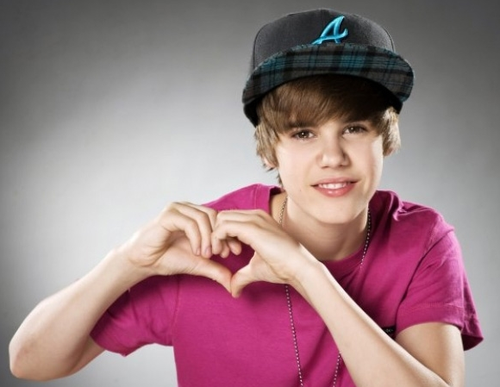 Previous Post2012 Egyptian Stadium Massacre Still Killing
Next PostAn MLS Moment: What the Chivas USA Controversy Tells US About the State of US Soccer