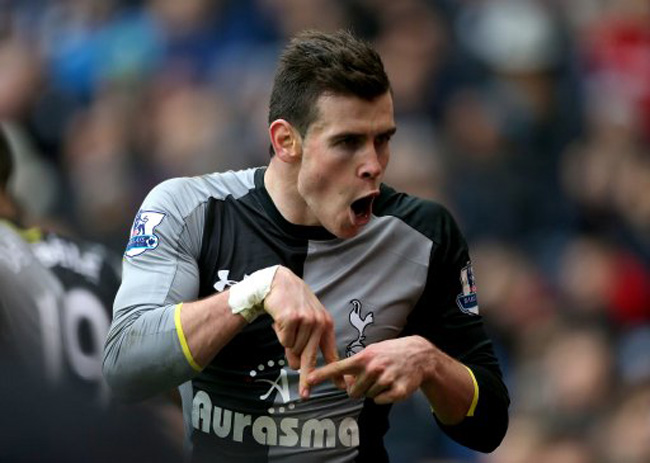 The North London Derby is upon us. In the Cult Football camp, this match – more than any other – sees us set against each other. The fires were stoked with this initial lob: Bale isn't even better than Walcott. 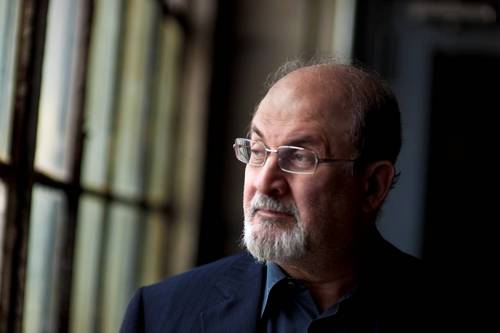 Via his twitter feed, here is Salman Rushdie on Saturday’s remarkable result at Old Trafford:

OK, publishing a book and releasing a movie is all very well, but Tottenham beating Man. U. 3-2… priceless. #COYS — Salman Rushdie (@SalmanRushdie) September 29, 2012

For more from Rushdie on the game, and on his history as a Spurs supporter, read this New Yorker essay from 1999: “The People’s Game.”

I came to London in January 1961, as a boy of thirteen and a half, on my way to boarding school, and accompanied by my father.  It was a cold month, with blue skies by day and green fogs by night. We stayed at the Cumberland, at Marble Arch, and after we settled in, my father asked if I would like to see a professional soccer game. (In Bombay, where I had grown up, there was no soccer to speak of; the local sports were cricket and field hockey.)

The first game my father took me to see was what I would later learn was a “friendly” (because the result doesn’t count toward anything) between a North London team called the Arsenal and the champions of Spain, Real Madrid. I did not know that the visitors were rated as perhaps the greatest team ever. Or that they had just won the European Cup five years running. Or that among their players were two of the game’s all-time immortals, both foreigners: a Hungarian named Ferenc Puskas, “the little general,” and an Argentine, Alfredo di Stefano.

This is the way I remember the game: in the first half, Real Madrid tore the Arsenal apart.

Take the time to read the whole essay (although doing so online does require a New Yorker subscription).

(I’ve thought at times of doing a “CultFootball LongReads” series of posts–links to longer essays on the game. Rushdie’s New Yorker essay, along with some of The Blizzard pieces, are what got me thinking about doing such a thing. So consider this the first in a series–more will appear here if/when we get around to posting any more.)

Or at least it used to be.  By the end of this season, it will be 20 years since Chas ‘n’ Dave wrote those lyrics.  Since then, there has been very little for Spurs fans to cheer about.  Prior to the formation of the Premier League, Tottenham were considered one of the “Big 5” clubs (along with Arsenal, Manchester United, Liverpool and Everton) and had a strong cup tradition.

The “Year ending in 1” superstition came from FA Cup wins in 1901, 1921, 1981 and 1991; the League in 1951; and the magic year of 1961 when Tottenham were the first club in the 20th century to win the League and Cup double.  May 2011 will see the 50th anniversary of this achievement and 20 years of mediocrity with just a couple of League Cup wins in that time.  This year brings a potential Champions’ League campaign, a tough fight in the league to cement our place in the top 4 and, with any luck, good cup runs alongside it.  However, we’ve had optimism before and Spurs fans all over will fear the worst while hoping for the best.  A Tottenham season has long been akin to a George Pelecanos scripted episode of The Wire; no matter how you feel at the beginning, you just knew that it would end with heart wrenching misery.   But no more…right?! Can we dare to hope?

Trouble brewing for Fulham, as Martin Jol’s club Ajax don’t look like they’ll release their manager without a fight (perhaps you remember him from his run at Spurs). From Fulham’s Cheif Executive Alastair Mackintosh as reported by ESPN soccernet:

“There have been quotes attributed to Martin Jol in the Dutch media suggesting he has changed his mind and wants to stay, but that is not our understanding of the situation and we believe the quotes are ambiguous. We feel Martin still wishes to join Fulham.

“However, Ajax refuse to even discuss compensation and are clearly using this window of opportunity to try to persuade Martin to change his mind. There is the possibility that Martin could walk out on Ajax, but there are talks ongoing and there is the hope that everything could be settled amicably.”