We didn’t discover the Guardian Football pod until just after WC2010, and didn’t become a GFOP until 2012. Those two are now top our to-listen lists on a weekly basis throughout the year (and have been in daily rotation over the past month), and we regret we didn’t start listening to them earlier.

The latest podcast discovery that we regret we didn’t come across earlier: we came across Howler Magazine‘s podcast (Howler Radio, but cross-posted to Slate’s HUAL for the WC) until yesterday.

Here is their last episode, which in addition to regular David Goldblatt (author of “The Ball is Round” and most recently “Futebol Nation: The Story of Brazil through Soccer“), host George Quraishi talks to New School professor Sean Jacobs about the African teams/FAs in this Cup (Jacobs is founder of the blog Africa Is a Country, a subblog of which is Football Is a Country):

Their magazine is also a nice piece of work. They’re up to their 5th episode, after launching a couple years ago via a Kickstarter campaign.  Take a look at their back issues here.

With the latest Luis Suarez biting incident (which is a remarkable sentence) dominating World Cup discussion today, let’s provide a bit of historical context. As is being mentioned in some news reports today about the possible repercussions for Suarez, the longest ban FIFA has given for a World Cup incident was the 8-match ban given to Italy’s Mauro Tassotti after he broke Luis Enrique’s nose with a vicious elbow in the 1994 quarterfinals. Let’s go to the video:

It can be argued that Tassotti’s elbow was clearly a much more dangerous action than Suarez’s (cf the discussion on yesterday’s Guardian World Cup Football Daily pod).

In the 1–2 quarter-final defeat against Italy, Mauro Tassotti’s elbow made contact with [Enrique’s] face to bloody effect, the action being of such impact that he reportedly lost a pint of blood as a result, but during the match the incident went unpunished – Tassotti was banned for eight games afterwards, and never played internationally again; when Spain met Italy at Euro 2008 on 22 June, to battle for a place in the semi-finals, Luis Enrique reportedly called for the team to “take revenge” on Italy for the 1994 World Cup incident. Tassotti, now an assistant coach at A.C. Milan, told Marca newspaper that he was tired of always being reminded of this incident, and that he had never intended to hurt the Spaniard.

Asides: Enrique is of course the new Barcelona manager, and among the Spain players in that video is Miguel Ángel Nadal, Rafa’s uncle (nickname: The Beast of Barcelona (<–interview with Sid Lowe published 11 Sept 2001) and the infamous Andoni Goikoetxea (nickname: The Butcher of Bilbao).  Reminders perhaps that the beautiful game was much more vicious in previous decades than it is today. 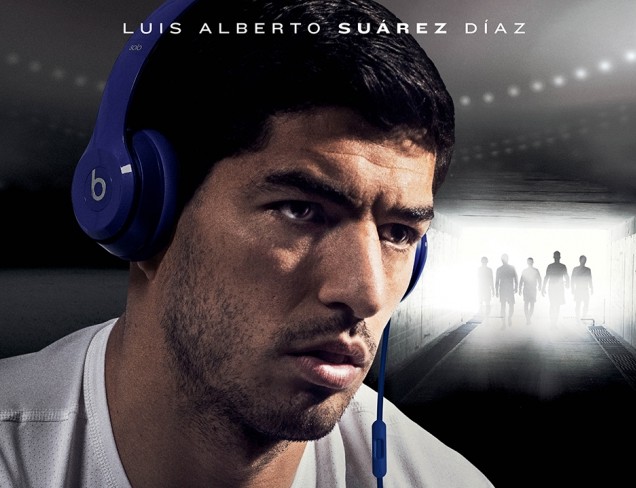 Generally we’re skeptical of modern corporate football, but the marketing creatives are good at what they do. These ads–which are really short films–are getting us hyped for the tournament to begin:
The new 5min Beats video (AdWeek: “Did Beats by Dre Just Out-Nike Nike With This Incredible World Cup Ad?“):

The Nike one, which you’ve prob seen since it came out at the end of April (via AdWeek: “Nike Reaches High and Low in Perfectly Gleeful 4-Minute World Cup Spot”):

In contrast with those cameos by current stars, this ESPN ad features a bunch of historical “cameos”:
Another ESPN segment–trying to get the the US public to believe in the USMNT:
Finally, Nike does a fun one featuring the host country’s celebrated Seleção–“Dare to be Brasilian”: 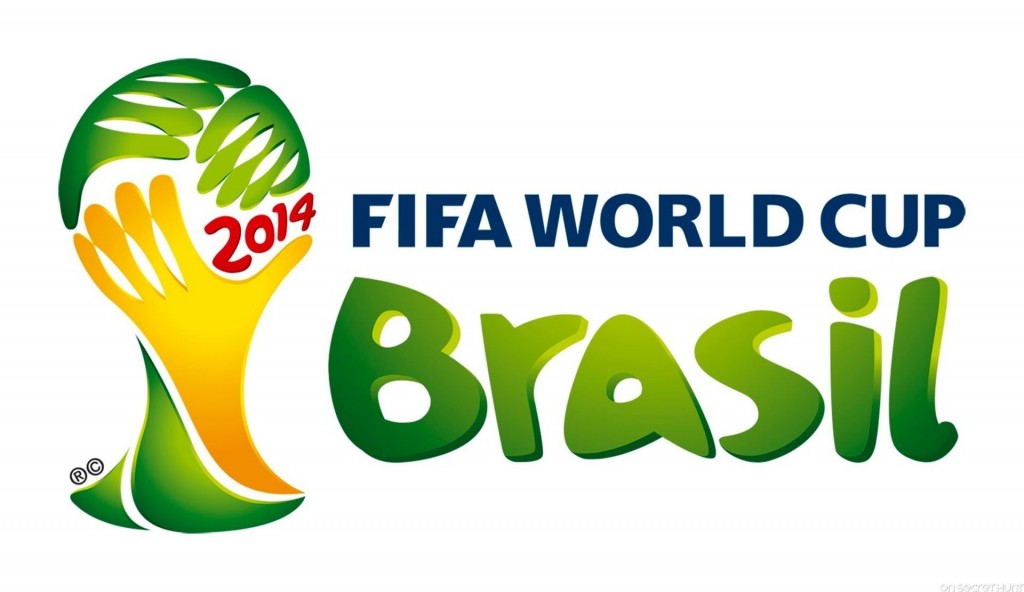 Nine days until it all starts. In case you haven’t bookmarked this (or an equivalent), here is ESPNFC’s table of all 48+16=64 WC2014 fixtures (group stage+knockout rounds), including kickoff times, venues, and (US) TV coverage:
http://www.espnfc.com/fixtures/_/league/fifa.world/fifa-world-cup?cc=5901

Actually we’ve copied and pasted the table in below, but we’ve also done you the service of choosing one match per day (from the group stage) that you should plan your day around:

(all times ET, and all games on ESPN unless otherwise noted)

For the last 4 days of the group stage, there are 2 games played simultaneously at 12pmET and 4pmET each day. Which ones to actually watch will eventually depend on group standings and scenarios for who advances; here are some preliminary picks:

Tell your wives, hide your kids, plan your long lunches, clear your DVRs. it’s going to be busy month. 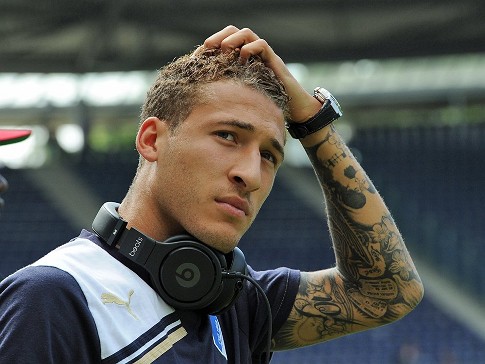 Fabian Johnson’s name recognition with the semi-casual US soccer fan (i.e., the sort of fan who has watched few if any of their matches since 2010, but might tune in for a WC tuneup) shot up yesterday, as he scored a fantastic goal in the USMNT’s World Cup tuneup match against Turkey yesterday at Red Bulls Arena in NJ. Here’s the video, ICYMI:

So who is Fabian Johnson? He’s one of Jurgen’s numerous German-American imports, and especially after yesterday’s performance, he’s likely the US’s starting right back in Brazil.

(Note: the pattern of importing Germans with American parentage predates Klinsmann. Jermaine Jones joined the USMNT in 2010, a full year before Klinsmann took over, but the trend has definitely accelerated under the former German NT manager and legendary striker, to the point that a site like AmericanSoccerNow recently ran a listicle a year ago titled “The 10 Best German-American Soccer Players” (which Jones and Johnson ranked 1 and 2, respectively).  Their intro: “The rise of German-Americans has dominated the United States men’s national soccer team picture the past few years, especially since the hiring of Jurgen Klinsmann in July 2011. Influential players such as Jermaine Jones, Timothy Chandler, Fabian Johnson, and Danny Williams have injected a Teutonic influence on the team, altered depth charts, and raised expectations.”)

(Question: Were there other German-Americans who made the move to the USMNT before Jermaine Jones? Although not German, Earnie Stewart was an early import who fits the pattern: the son of an American serviceman who had been stationed in Europe, was raised in the country of his birth–Netherlands in Stewart’s case–and starts his professional club career there before deciding that the USMNT gives him the best chance of playing in the World Cup.)

Coincidentally SoccerAmerica ran a short profile of Johnson a couple weeks ago, and contains this remarkable fact:

There’s a very good chance that Fabian Johnson will start at right back for the USA at this summer’s World Cup. But he can also play left back, or on either side of midfield. When he started for Germany in a 4-0 win over England in the 2009 U-21 European Championship final, he played wide right in a midfield that included Sami Khedira and Mesut Ozil.

Unfortunatly (or fortunately, from the USMNT perspective) his career stalled a bit after that.  After the U21 Euros, he moved from 1860 Munich–the club in his hometown that he’d joined at age 17 (via wikipedia)–to defending Bundesliga champion Wolfsburg, but he made only 16 appearances for them over the following two seasons.  Again via the SoccerAmerica article:

In 2011, Fabian got a call from Jurgen Klinsmann and an invitation to the U.S. national team. When he told his parents of the offer, there was no controversy about changing allegiance. “I told them that Jurgen wants to invite me in and they said congrats,” Fabian said. At that point, Johnson’s chances of playing for Germany, which he had represented at each age group from U-17 to U-21 from 2003 to 2009, had evaporated. He had been part of the golden generation — the U-21 Euro 2009 team that, in addition to Khedira and Ozil, included Manuel Neuer, Mats Hummels and Jerome Boateng. But during the time that the full national team became a world power again Johnson languished at Wolfsburg. “After the European Championship, it was quite a hard time for me,” he said. “In two years, I played only 16 games, and that’s not enough for a player who wants to play in the national team.” A transfer to Hoffenheim revitalized Johnson’s career and caught Klinsmann’s attention. Now Johnson, who moves to Borussia Moenchengladbach next season, is likely to face his former German teammates on June 26 in Recife.has played with Hoffenheim the last few seasons, moving to Borussia Monchengladbach this August.

So we’ll be able to see him at a toppish-tier Bundesliga club in the fall, but before that we’ll be looking for him to make an impact in Brazil this coming month.

(H/t to MightMighty.US for the photo of Fabian Johnson featured above–from their infrequent “tHERsday” series of US Soccer salaciousness. They posted the one above in Dec 2012: “die Hitze! This week we present you ladies with German-American (but American when it counts) Fabian Johnson and his crazy-sick tattoo sleeve.” 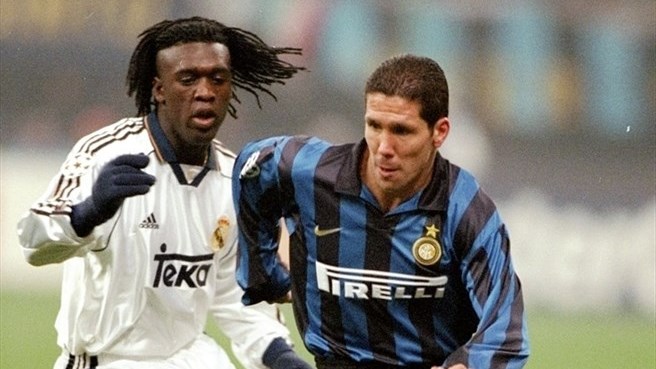 Defending champions Bayern Munich have travelled to London to take on Arsenal at the Emirates, while emerging power Atlético Madrid take on waning power AC Milan. 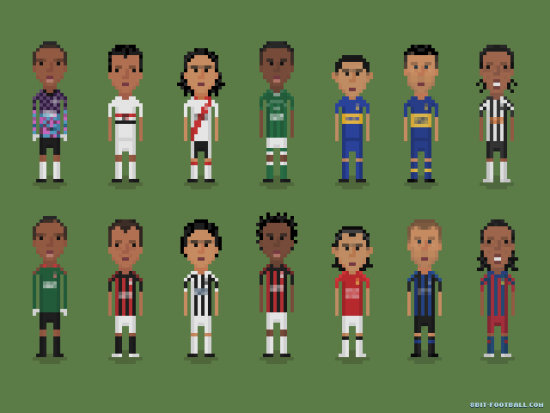 Bookies? Who needs bookies? Here are our totally informal power rankings/chances of your team taking home the cup with the big ears.

Mourinho rows, hipster journos, Lloris and Moyes, and finally...Edinho. All on one massive Friday.