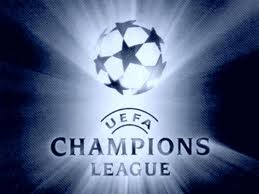 What is arguably the World Cup of club soccer starts later today–the UEFA Champions League.  Like the World Cup, it features most of the top players in the world, and consists of 32 teams that will compete in a group stage to advance to a knockout phase.   Unlike the World Cup, however, it’s an annual affair–and stretches over 8 months, with this year’s final to be played on Saturday May 28, on the storied pitch of Wembley Stadium.

We’ve got full details on the Matchday 1 fixtures below, but here’s what jumps out at us among today’s 8 matches (and what to watch):

(1) Defending champion Inter Milan starts its campaign for two in a row today against Dutch side Twente Enschede; this match is on Fox Soccer Channel (FSC; and like all of today’s and tomorrow’s matches, kicks off at 2:45pm ET). Ironically, Inter is led on the field by Dutch midfielder and World Cup star Wes Sneijder; but unlike last year, they won’t be led by manager Jose Mourinho (called by some “the special one”), who has moved to Real Madrid, in an attempt to try to repeat his managing success there. See here for some coverage of how Mourinho has taken to some sniping at his successor at Inter, Rafa Benitez.

(2) Tottenham Hotspur squeezed into the competition a couple weeks ago, by eliminating Young Boys of Switzerland in qualifying; see John Lally’s preview of that game for some idea of what it means for Spurs to be back in Europe.  They’ll visit Werder Bremen today; you can watch that one when it’s rebroadcast on Fox Sports Espanol at 5pm ET.

(3) Manchester United stays at home, hosting Scottish side Rangers.  The story line here is Wayne Rooney, who returns to the field after Sir Alex Ferguson kept him on the bench this past Saturday against Everton (the club that signed him at the age of 10!)–ostensibly to spare him what would have been graphic but creative verbal abuse, following Rooney’s domination of the English tabloids last week (see here if you missed that story!).  That game is being televised live on Fox Sports Net (FSN; as they say, check your local listings), but will be rebroadcast on Fox Sports Espanol (FSE) at 7pm ET.

(4) Finally, the match we’ll likely be watching at CultFootball HQ this afternoon: Barcelona vs. Panathinaikos at the Camp Nou, live on FSE. Barcelona was the favorite to win the Champions League last year, only to be foiled in the semifinals by Mourinho’s Milanese defense. They’re coming off a shocking home loss over the weekend, so it will be interesting to see how they fare today.

See below for the full list of today’s and tomorrow’s fixtures.