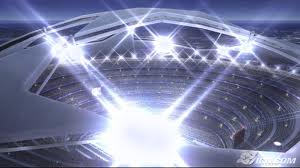 See below for yesterday’s results–the most surprising that Barcelona and Milan drew in the Camp Nou; below that are today’s fixtures with our preview notes (including a preview of Benfica-ManU sent in Jon Novy):

Group A: This is the proverbial Group of Death.  Every match will be up for grabs, and it’s conceivable that any two of these teams could advance.

Man. City-Napoli (Stadium: City of Manchester Stadium, Manchester): See our discussion of Napoli’s squad here. The Neapolitans hope to challenge in Serie A as well as make some noise in the Champions League, but they’ll be hard pressed to beat Man City on their home turf–especially given the way City has opened the Premier League season.  Edin Dzeko, Kun Aguero, David Silva, Samir Nasri make for quite a multinational strikeforce that has been imported to Manchester.  See the chalkboard analysis of Man City’s passing this past weekend that Michael Cox (aka Mr Zonal Marking) created and analyzed for the Guardian.

Villarreal-Bayern Munich (Stadium: Estadio El Madrigal, Villarreal): We do rather like el submarino amarillo; see our analysis of their squad here.  They’ll be looking to get a win at home against the Bavarian giants–they’ll need to pick up maximum points at El Madrigal in order to advance out of this group.

Lille-CSKA Moskva (Stadium: Lille Métropole, Lille): Lille are the defending Ligue 1 champs–see this quick post we put up about them last spring.  They recently brought in Joe Cole from Liverpool (it’s not often an English player goes to the continent, is it), but the player to watch is still young Belgian Edan Hazard.

Internazionale-Trabzonspor (Stadium: Stadio Giuseppe Meazza, Milan): Trabzonspor was a late addition to the tournament, given that fellow Turkish club Fenerbahçe was disqualified for match fixing.  Inter haven’t been impressive–they seem like a club in decline, ever since their treble triumph in the spring of 2010 under Mourinho (Champions League, Serie A, Coppa Italia).  Last season they stunningly lost to Schalke in the Champions League and couldn’t catch crosstown rivals AC Milan in Serie A.  Then over the summer they lost striker Samuel Eto’o to a big-money move to Dagestani club Anzhi (that’s a Jonathan Wilson column you must read). Most recently, they lost their Serie A opener to Palermo in a highly entertaining match.  Given all that, it will still be surprising if they can’t beat the Turks at home.  Here is Trabzonspor’s current squad–let us know if you recognize any names, because we don’t.

Basel-Oţelul Galaţi (Stadium: St. Jakob-Park, Basel): We’re not sure what to make of this match, and we doubt anyone outside of Basel or Galați will be watching, or expect either of these two teams to advance out of the group, given the other group members.

Given Manchester United’s opening season success, most people would expect them to breeze through the opening Group C match with Benfica. Sir Alex Ferguson looks to rest some of his young midfielders in favor of bringing Carrick, Fletcher, and Giggs back in the team. I would be surprised if Rooney didn’t partner Chicharito up front, but Berbatov would like to see the field. Cleverly, Welbeck, Rafael, and Vidic remain long term casualties, while Evra and Evans look to shake off knocks from the weekend.

In my view, this might prove a tricky one. United will be forced to once again field a young defense, Rio has been left at home to be fit for Chelsea over the weekend. While Jones and Smalling have been tremendous, they haven’t yet done it in Europe. Benfica is blessed with some real veteran attacking talent: Aimar, Saviola, and Cardozo are all quality, and they also scored one of the transfer coups of the window in Axel Witsel. Known as much for his suspension for a horror challenge in 2009, Witsel is big, fast, and extremely talented. He could well be a wild card in this one. Benfica will hope he doesn’t shrink from the pressure.

United will be disappointed if they don’t get full points from this one. Benfica’s defense is questionable, but they have the attacking threat to make it interesting.

Dinamo Zagreb-Real Madrid (Stadium: Stadion Maksimir, Zagreb): Madrid travels to Croatia.  Read Jonathan Wilson’s SI column from July about Dinamo Zagreb (yes, we got a thing for JW) and their qualification for the Champions League: “Dinamo is a classic example of the big-club-in-a-little-country syndrome that is stifling soccer in Europe’s smaller nations. Dinamo Zagreb has won the Croatia league title in each of the last five seasons, which in itself suggests problems in the Croatian game; one-team dominance is rarely healthy.”

Ajax-Lyon (Stadium: Amsterdam ArenA, Amsterdam): An interesting match, featuring two big fish in relatively little leagues. Ajax is of course the big fish in the Netherlands, and though they’re European success is well-known (champions of Europe four times: famously three times in a row in the early ’70s–an era dubbed Gloria Ajax, and then again, surprisingly, in 1995), they’re better known in recent years for identifying and developing young talent before selling them on to the big fish in the big leagues for a handsome profit.  At some point we’ll have to blog in more detail about this.  For instance, there was this long NYT Mag article last summer, titled “How a Soccer Star is Made“; a relevant excerpt:

LATE ONE AFTERNOON in the cafe at De Toekomst, I was talking with a coach, Patrick Landru, who works with the [Ajax] academy’s youngest age groups, when he asked if he could take my writing pad for a moment. I handed it over, and he put down five names, then drew a bracket to their right. Outside the bracket, he wrote, “80 million euros.” The names represented five active “Ajax educated” players, as he called them, all of whom entered the academy as children, made it through without being sent away and emerged as world-class players. Eighty million euros (or even more) is what Ajax got in return for selling the rights to the players to other professional clubs. Once a team pays this one-time transfer fee, it then negotiates a new, often very large, contract with the player.

Wesley Sneijder, the first name on the list and probably the most accomplished young Dutch player at the moment, started at the academy when he was 7. At 23, Real Madrid acquired him for 27 million euros. (He now stars for Inter Milan, the current Italian champion and the winner of this year’s Champion’s League tournament, Europe’s highest club competition.) The other four players named on my pad were, like Sneijder, highly paid pros for clubs outside the Netherlands and prominent members of the Dutch national team that will compete in the World Cup beginning this week in South Africa.

We’re not sure what were the other four names were on that piece of paper; perhaps Rafael Van der Vaart, John Heitinga, Klaus Jan-Huntelaar, and/or Maarten Steklenburg.

Previous PostBarcelona-Milan: A Matchup of European Giants on Matchday 1
Next PostWhat to Watch This Weekend, Part 1: Saturday Sept 17