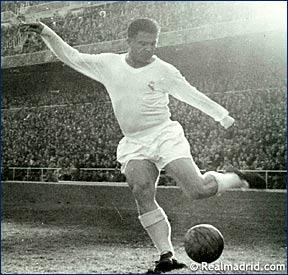 The Interlull is upon us.  Just when the domestic and Champions leagues are hurtling towards their conclusions, getting us all hot and bothered…they take a break so the best players can fly all over the world to risk injury playing for their respective national teams in largely meaningless international games.  (Full disclosure: we picked up the “Interlull” terminology from the indispensable Arseblog.)

That said, some of these games aren’t completely meaningless–included on this weekend’s are a handful of Euro 2012 and African Cup qualifiers featuring some nations/players we like to watch. And some of the meaningless international friendlies shouldn’t be completely uninteresting–particularly USA hosting Argentina at the (New) Meadowlands (Saturday), Brazil playing Scotland at the Emirates (Sunday), and Ghana playing England at Wembley (Tuesday).

But you’ll have to come back for our previews of the latter matches.  There are so many fixtures (over 100) spread out over so many days (Friday thru Tuesday) that we’ve been forced to split up this weekend’s viewing guide into a multi-installment day-by-day affair.   As in the past, we’ve relied upon WaPo’s Soccer Insider for a complete listing of matches, times, and US television options.  Here our choices for…

Hungary-Netherlands in Budapest (3:30pmET, ESPN3.com; 7pm on ESPND): A Euro 2012 qualifier between the two teams at the top of the Group E standings.

For the Dutch, no Arjen Robben nor Huntelaar due to injuries.  But still plenty of talent to watch in midfield, on the wings, and up front: Schneijder, van der Vaart, van Persie, Kuyt, Elia, Affelay.  Plus watch for up-and-coming right wingback Gregory van der Wiel. Barcelona was said to be keeping an eye on him in case they were unable to resign Dani Alves.  Now that Alves has turned his back on a potential big money transfer to Man City and signed on for a few more seasons in Catalonia, Man City has apparently shifted their focus to van der Wiel.

We’re really not sure who to watch for on the current Hungarian squad–but after watching this match we should know for the return fixture in Amsterdam on Tuesday (see below).

Austria-Belgium in Vienna (3:30pmET, ESPN3.com): Austria is 2nd to Germany in tough Group A, while Belgium is in 4th (Turkey in 3rd). Austria’s star is apparently Marko Arnautovic (initially got attention playing for Twente, went on loan to Inter but made only 3 appearances, now at Werder Bremen):

“It’s a difficult situation he’s in now,” Tim Roehn, who covers Werder for Germany’s Bild newspaper, told ESPNsoccernet. “In his opinion, he’s a 2010 Champions League winner, even if he didn’t play. He even has ‘Champions League winner 2010’ printed on his football boots. He only wears them sometimes, but he did when he arrived and some of the other players in the team were laughing about it. He behaves like a megastar here in Bremen. He came from Inter and now he’s in a relegation fight in Germany. I don’t think this is what he is expected when he arrived.”

Meanwhile, according to one of our analysts, Belgium could win Euro 2012 if they had a coach who could harness their young talent into a team..  We’ve been hearing about Congolese-Belgian youngster Romelu Luakaku (born in Antwerp to Congolese parents, he’s only 17 going on 18, “built like Lawrence Taylor” in the words of our analyst)–but it’s Edan Hazard that we’ve been told to watch.  Our man claims he’s the top player in Ligue 1, where Hazard plays for Lille.  Both Luakaku and Hazard have been linked to the big clubs in England, Spain, Italy (e.g., see here and here).  Belgium’s current squad also features a few players you’re probably more familiar with from watching the Premier League: Vincent Kompany (Man City), Moussa Dembélé (Fulham), goalkeeper Simon Mignolet.

We’re eager to see France’s fleet of young stars (Yoann Gourcuff, Samir Nasri, Loïc Rémy, Jeremy Menez, the “kitten of war” Karim Benzema–the latter four part of a promising French “class of 1987” that we alluded to here, with Gourcuff just a year older).  Ribery and Malouda are in the squad to provide some experience in midfield.  Some subset of that group will be playing in front of some defenders familiar from the Premier League–Evra, Koscielny, Sagna, Clichy are all on the squad for this match, as well as Mexes (Roma).

We’re also eager to see if France will be wearing the sweet threads pictured to the left(h/t @matchpricks!).

We know nothing about Luxembourg.  Other than it’s small.

Spain-Czech Republic in Granada (5pmET, ESPN3.com): The defending world champions playing at home, in the cozy confines of Estadio Nuevo Los Cármenes (capacity < 17,000) in historic Granada.  Will Torres start and score for country, since he can’t seem to for club? Many seem to think that Fernando Llorente (Athletic Bilbao, but maybe Real Madrid next season) should start ahead of Torres.  At least Pedro is out with some sort of injury, as is Cesc, which creates less of a logjam up front for Vincente del Bosque.  We should see Barcelona’s other striker, David Villa, as well as, of course, the Catalan corazon of the team: Xavi, Iniesta, Busquets in the midfield.  In fact, it will be Xavi’s 100th cap for Spain–it will be interesting to see how the Madrilenos greet their him and the rest of the Barcelona players.  We’ve seen word that Juan Mata (Valencia) may start somewhere in midfield; look also for Cazorla and Capdevila (both from Villareal).  Puyol continues to be sidelined with injury–we’ll look to see who partners with Puyol in the center of the defence–Sergio Ramos perhaps?

On the Czech side, the most familiar faces are Chelsea’s Petr Čech in goal and Arsenal’s Tomáš Rosický in the midfield.  Looking ahead to the Champions League quarterfinals, note that defender Tomáš Hübschman plays for Shakhtar Donetsk.