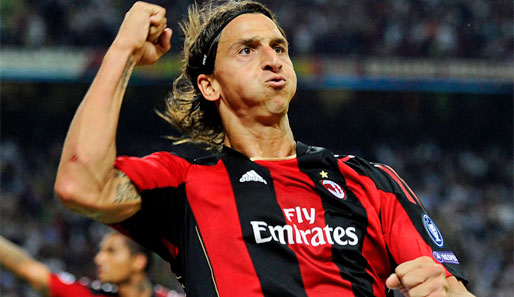 The Tevez-Pato “will he? won’t he” questions ricocheted every which way this January as the musical chairs transfers song played at AC Milan, but at the end everyone retook their own chairs. Boring. Perhaps they were dating Berlusconi’s daughter, or were on £200,000 a week slave wages that no one else could match, but whatever the reason, that anti-climax will be followed up by a busy February and early March. The Rossoneri take on first-place Juventus twice in the Coppa Italia and once in the league, Napoli and Udinese in the league, not to mention the two Champions League legs against Arsenal.

It all starts with the home match/grudge match against Napoli this Sunday at 2:30 ET (Fox Soccer).

To put the upcoming matches in perspective, Milan has not beaten any team in the top five in a league match this season, including the painful loss to Inter in the Derby della Madonnina in January. Furthermore, Napoli beat Milan 3-1 in their only other matchup this season. If Milan continues to find itself unable to beat the top teams, this upcoming run could prove very difficult and very damaging.

However, aside from the Tevez-Pato dud of inaction, Milan did bring in five reinforcements over the window to deal with the second half of the season, including striker Maxi Lopez from Catania and out-of-favor midfielder Sulley Muntari from Inter. Coming off a disappointing 2-0 loss to Lazio that could have seen them take pole position, they have everything to play for—and conversely, everything to lose.

Napoli has stuttered to a string of draws and a defeat to Genoa of late, but Cavani fired them to a 2-0 victory over Inter in the Coppa Italia last week and they could come roaring back this Sunday.

Zlatan Ibrahimovic has 15 goals in the Serie A this season. But should he get injured or need a breather during the fast-and-furious fixtures ahead, Lopez may be called into action. Alexandre Pato suffered a thigh strain last month that may see him missing out on the next 4 matches, including the home leg against Arsenal. Lopez was not top-choice at Catania, so while there is cover, it’s not of the same quality. The decision between Lopez and Tevez was never one of equals, rather of finances.

New loan signing Muntari continues his international engagements with the Ghana national team in Equatorial Guinea and Gabon and may not be back in time for the Champions League fixture against Arsenal in the San Siro, either. Muntari was brought on to help bolster a depleted midfield that has lost Mathieu Flamini, Gennaro Gattuso, Alexander Merkel and Alberto Aquilani to injury. Kevin Prince-Boateng also has spent quality time on the injury table of late.

Obviously, with talented players such as Thiago Silva, Robinho, van Bommel, Seedorf, Ambrosini and Zambrotta all hale and hearty, the team is not in crisis, but performances this month could very well determine their fates in all remaining competitions: the league, the Coppa Italia and the Champions League.

It should be getting quite interesting quite soon. 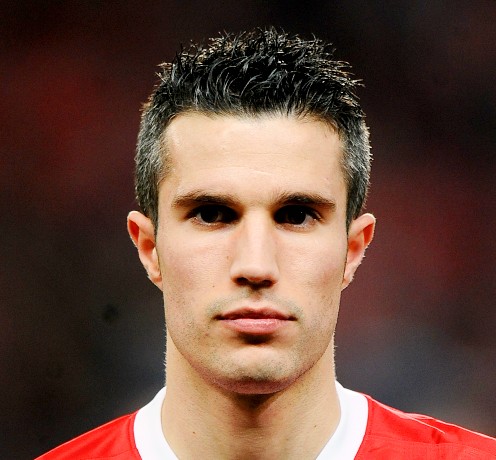 With Arsenal currently sitting 7th in the Premier League table, it’s now truly inevitable that Robin van Persie will choose a new club come summertime, barring some miracle. But because it seems so predestined, the notion doesn’t trigger anxiety levels of Fabregas-ian proportions from summers past, where you just really didn’t know what was going to happen. Even with Samir Nasri, one thought Arsenal might just take the financial hit and force the Frenchman to stick around, because surely Wenger wouldn’t let two of his three/four best players go at the last possible moment, would he?

Anyhow, just as Robin’s departure seems inevitable, so too does speculation of the destination club. Cue the inevitable stories of van Persie to Barcelona.

Van Persie currently ranks among the most in-form strikers in the world. It’s only natural that he be linked to the best clubs in the world. Money is not the motivating factor. What Robin wants is to win trophies and play with other players of his caliber. Even the most ardent Arsenal supporter will admit that van Persie is in his own league. Wilshere could get there, but certainly not while he’s out for the season.

With talk of Barcelona being the best team of this generation, obviously lazy journalists make “Van Persie to Barcelona” their go-to. They’ve already got the templates, having been through the whole business before with Henry, who left for similar reasons. And they can naturally cut-and-paste parts from the Fabregas template. (Hell, even Alex Hleb!) Despite not currently topping their own league, Barcelona is the best team is the world at present. So, even without a shred of supporting evidence, the link makes sense.

Why player, club and every onlooker might think it’s a good fit is too obvious to really go into any further.

The real question (to me) is: Would van Persie do well at Barcelona? Would he be the preferred starter?

If not, if he knows he will only provide cover for the main striker, utilized mostly as an impact sub, would he choose Barça? (Impact subs get CL winner’s medals, too…)

Van Persie comes from a system not entirely different from the Catalan way, but so did Henry, and that wasn’t exactly an unqualified success. David Villa had played with the midfield maestros on the national team, which made him less of a risk, but Ibrahimovic never had and didn’t mesh especially well, whereas Eto’o did.

Individual chemistry with the team is the unknown and unknowable but crucial factor towards determining an import striker’s success at Barcelona.

Any thoughts would be appreciated. Honestly, I really don’t know how it would pan out. Van Persie would certainly kill to play with Messi, Xavi, Iniesta and Fabregas (again), but I find it hard to believe he’d settle for a spot on the bench.

I also find it unlikely he’d move to another club in England, so who else does it leave? AC Milan? Perhaps next year’s coach at Real Madrid can come up with a new hunter-animal analogy for him?

To be fair to both Henry and van Persie, the comparison with Henry is not entirely like-to-like. Many often cite age as a factor with Barcelona-era Henry, but Henry was only a year older than van Persie will be in the summer. (Henry turned 30 in mid-August 2007; van Persie turns 29 this August.) It really was more that Henry was not at his peak, whereas van Persie is most definitely enjoying his peak and may stay there for a few years to come. (He could even get better with excellent through-pass service, however there was no mistaking the gray hairs in Wednesday’s match against Bolton.) With Robin, it has always come down to his injury status. He’s never lacked the finish, simply the fitness.

Henry in his peak combined with the current-day Barcelona squad would have been incredible to behold. God, I wish that had happened. Except that they were all wearing the Red and White. (And except for the whingeing, whining, diving Dani Alves—Barcelona can keep him. Hmm, I just realized that if you take the “an” out of Dani and “Al” out of Alves, you’re left with “Dives.” Sounds about right.)