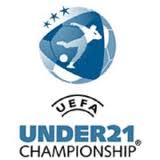 Now here’s some football to watch over the next couple weeks: the UEFA U21 Championships started yesterday in Denmark.  Eight teams are competing: Spain, England, Iceland, Switzerland, Ukraine, the Czech Republic, Belarus, and the hosts Denmark; and two of the favorites meet in their first group stage match later today: Spain plays England at 2:30pm ET (in the US, you can watch the game on ESPN Deportes or ESPN3.com).

Interestingly all three of those Barça players have roots outside of Spain. Alcântara is tipped by many as the next great Barcelona midfielder; he was actually born in Italy to Brazilian parents, and quite fine footballing parentage at that–his father is Mazinho, who earned 40 caps playing for the Selecao, including in the 1994 World Cup winning squad.  Thiago was born in 1991 while his father was playing club ball in Italy (for Lecce and Fiorentina), and grew up Spain (where his father played for Valencia and Celta Vigo).  See this Sid Lowe column from last November about Thiago.

Similarly, great things were also expected of Bojan (whose Serbian father was also a professional footballer). He became the youngest ever player to play for Barcelona in a La Liga match and a Champions League match, soon after his 17th birthday. But lately he’s suffered from injuries and didn’t feature much in this past campaign, especially after Ibrahim Affelay arrived in January and became the first attacking option off the bench.

Jeffren is another talented attacker who spent most of this season on the bench, although he did write himself into the Barcelona history books by scoring the 5th goal in the November El Clasico. Jeffren was born in Venezuela, but immigrated to Tenerife with his family at a young age. Like Thiago and Bojan, he was signed by Barcelona before the age of 15 and grew up in La Masia.

England, on the other hand, made more news for the players that have been called up for the senior national team and aren’t playing in this tournament (Arsenal’s Jack Wilshere and Liverpool’s Andy Carroll).  From Mr. Zonal Marking Michael Cox’s preview of how England might line up:

Manchester United fans will look forward to seeing their probable future central defensive duo of Chris Smalling and Phil Jones play together at the back – they’re likely to be joined by recent Hamburg signing Michael Mancienne and Chelsea left-back Ryan Bertrand in a strong-looking back four, with Frank Fielding in goal. Another option is to use Spurs’ Danny Rose in the left-back position he’s occasionally played at club level, although he prefers to play on the left wing.

The midfield will be anchored by Fabrice Muamba, with new Liverpool signing Jordan Henderson and Everton’s Jack Rodwell as part of the midfield three. Rodwell could sit alongside Muamba and allow Henderson to create higher up the pitch, but in the recent 2-0 friendly win over Norway’s U21 side, it was Rodwell who provided the most frequent support to the front two of Welbeck and Daniel Sturridge.

Sturridge and Welbeck make for a potent strike force.  Muamba is player to watch–not least for US fans since he pairs with CultFootball favorite Stu Holden in Bolton’s midfield.  His story is also a remarkable one–from his birth in Kinshasa in 1988 to playing the Premier League and representing England internationally.