[Editor’s note: With this post we introduce Ryan Reft, who co-founded and contributes to the group historical/cultural studies blog Tropics of Meta (from which this essay is cross-posted).] 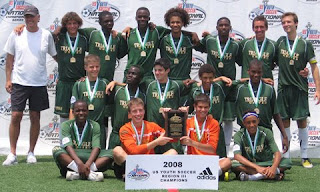 Over the past 20 or so years, the study of history through sites of leisure and sport has expanded. No longer do historians simply view sport as spectacle alone. Instead, scholars have considered the meanings and cultural importance of sport in the lives of a nation’s people. For example, Arjun Appadurai’s Modernity at Large: Cultural Dimensions of Globalization (1996) proves to be a largely theoretical text focusing on issues of transnationalism, identity, and social imaginaries. Built on the theoretical underpinnings of Foucault and Habermas while drawing upon the work of numerous anthropologists before him most notably Benedict Anderson’s Imagined Communities and Clifford Geertz’s focus on meaning and representation, Modernity at Large attempts to incorporate the “work of the imagination as a constitutive feature of modern subjectivity.” (3)

Yet, despite these academic flourishes, Appadurai includes an essay on the importance and meaning of cricket for Pakistanis, Indians, and their respective diasporas. For Appadurai, cricket is not just cricket; he argues, “for the former colony, decolonization is a dialogue with the colonial past, and not a simple dismantling of colonial habits and modes of life. Nowhere are the complexities and ambiguities of this dialogue more evident than in the vicissitudes of cricket in those countries that were once part of the British empire.” (Appadurai, 89) Accordingly, among other issues, the indigenization of the sport by South Asian and African populations represents legitimate cultural and national agency as Appadurai argues, “indigenization is often a product of collective and spectacular experiments with modernity, and not necessarily of he subsurface affinity of new cultural forms with existing patters in the cultural repertoire.” (90).

Not only ivory tower academics have ventured into cultural territory. Recent cultural productions like the movie Invictus or the Disneyfied Remember the Titans, ESPN’s documentary series 30 for 30, and popular works like Nick Hornby’s fantastic book on Arsenal (a prominent British football club) fandom, Fever Pitch, represent only a few popular examples. As Hornby suggests in his introduction, “the book is also, in part an exploration of some of the meanings that football seems to contain for many of us. It has become quite clear to me that my devotion says things about my own character and personal history, but the way the game is consumed seems to offer all sorts of information about our society and culture.” (Hornby, 11) Of course, Hornby also immediately applies constraints to this framework acknowledging that not EVERYTHING can be viewed through such lenses: “I now accept that football has no relevance to the Falklands conflict, the Rushdie affair, the Gulf War, childbirth, the ozone layer, the poll tax, etc. etc., and I would like to take this opportunity to apologise to anyone who has listened to my pathetically strained analogies.” (Hornby, 11).

Still, while Hornby is right to caution individuals from casting cultural nets to far and wide, it remains a fact that soccer form many people acts as a proxy for larger anxieties, nationalisms, and beliefs. The dissolution of the post communist Yugoslavia illustrates the manifestation of these tensions clearly through sport. Croatian and Serbian sides occupied proxy positions reflecting national tensions pulling the former communist republic apart into what ultimately became six separate sovereign countries depending on how one categorizes Kosovo. Tragically, considering the talent that each of the nation-states have exhibited respectively, the late 1990s and early 2000s could have been about the Yugoslav juggernaut. Instead, Slovenia and Serbia will represent their separate camps at this years World Cup, undoubtedly less formidable sides than Tito’s former fiefdom.

Even serious news magazines such as The Economist invest in sport as cultural mirror. For example, take the Economist’s recent June 12, 2010 issue. The British newsmagazine located several points of importance. First, it noted the importance of sport: “There are lots of ways to know a nation: through its literature, its politics, its myths. One of them is through the games that it plays.” (Economist, “This England: The Intertwined fates of a people and their football team”, June 12, 2010) David Beckham is compared to Peter Mandelson (a particularly gaffe prone and problematic New Labor official), both “undead” leaders who occupy role as “mentors”. England’s best player, Wayne Rooney, though skilled and committed remains “hampered by the characteristic English vices of insubordination and petulance.” (Economist, “This England”, June 12, 2010) 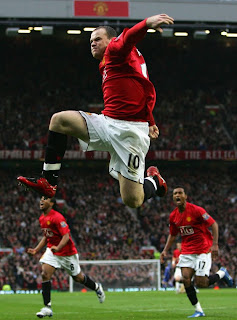 Through soccer, the Economist explores English relationships with the outside world (many clubs have fallen under the ownership of “post Soviet oligarchs or carpetbagging Americans”), and its own economy (apparently the England’s 2006 World Cup adventure was regrettably represented by wealth and indulgence personified by “footballer’s wives and girlfriends” unceremoniously referred to as “consorts who were famous for being famous, and for their pharaonic shopping trips and table top dancing. They personified a spreading everything – for nothing culture – the corrosive idea that young men and women could take the elevator straight to the to top, if only they were pretty or lucky enough.”) and within Britain itself (Britain remains curiously divided as anyone listening to ABC or ESPN commentators should know since several of whom have identified as Scottish and repeatedly make statements about the English team such as “Never a good idea to ask a Scotsman about the English side”) which the English national team seems to temporarily subvert (“for the next few weeks [the flag] will flutter from car roofs and on shop fronts in a rare display of English nationalism”).

While soccer may be England’s pastime, it surely remains a lesser light in American sport circles. In fact one might argue that the end of the cold war and globalization have combined to make soccer more tolerable for American fans. What does this mean? In the postwar era soccer came to be seen as an effete practice of the middle and upper classes. For Franklin Foer, author of How Soccer Explains the World: An Unlikely Theory of Globalization, American soccer has come to represent the American culture wars. For example, many 1960s yuppie parents embraced soccer as a push back against more traditional American sports. This created problems as Foer discusses, “Elites have never been especially well liked in postwar American politics – or at least they have been easy to take swipes at. But the generation of elites that adopted soccer has been an especially ripe target. That’s because they came through college in the sixties and seventies at a time when the counterculture turned against the stultifying conformity of what it perceived as traditional politics . . When they adopted soccer it, it gave the impression that they had turned their backs on the American pastime.” (Foer, Franklin, How Soccer Explains the World, 239.)

If one thinks Foer to be overstating the case, consider recent comments by eminent American soccer journalist David Hirshey. In a BS Report podcast moderated by popular sports/cultural blgger Bill Simmons, Hirshey recounted a comment made to him in the 1970s by legendary sports columnist Dick Young. Upon hearing of young Hirshey’s decision to forgo covering a Yankees road trip (a prize for burgeoning 1970s sportswriters) in favor of a NASL soccer match featuring the star Pele, Young grunted at Hirshey, “Don’t waste your time on soccer kid it’s a game for commie pansies.” (BS Report, 6/03/2010) Not exactly words of encouragement. Jack Kemp, a normally rational man (Quiet! Most readers would prefer him to Bush or Reagan no?) was once quoted disdaining the international sport rather harshly, “I think it is important for all those young out there, who someday hope to play football, where you throw it and kick it and run with it and put it in your hands, a distinction should be made that football is democratic, capitalist, soccer is European socialist [sport.].” (Foer, Franklin, How Soccer Explains the World, 241).

One need not ascribe this to conservatives. Hipster Chuck Klosterman has denounced soccer for years. One could point out several instances in his 2004 publication Sex, Drugs, and Cocoa Puffs: A Low Culture Manifesto but for brevity’s sake here is one particularly illuminating comment, “don’t accuse me of being the Ugly American for hating soccer … It’s not xenophobic to hate soccer; it’s socially reprehensible to support it. To say you like soccer is to say you believe in enforced equality more than you believe in the value of competition and the capacity of the human spirit. It should surprise no one that Benito Mussolini loved being photographed with Italian soccer stars during the 1930s; they were undoubtedly kindred spirits. I would sooner have my kid deal crystal meth than play soccer. Every time I pull up behind a Ford Aerostar with a #1 Soccer Mom” bumper sticker, I feel like I’m marching in the wake of the Khmer Rouge.” (Klosterman, Chuck, Sex, Drugs, and Cocoa Puffs: A Low Culture Manifesto, 95) Again, another smart individual brought to irrationality by soccer. Of course, Foer explains the discomfort some Americans express toward the sport simply, “the anti soccer lobby really articulates the same fears as Enrico Miranda and Alan Garrison, a phobia of globalization.” (Foer, Franklin, How Soccer Explains the World, 244).

The fall of communism, the rise of telecommunications, and the force of globalization have all conspired to bring respectability to soccer in America. What soccer seems to represent now for the United States is a nation grasping for its place in a global system that hasn’t turned out quite like American planners had dreamed. Globalization has meant change for other nations as well. Take for example this year’s Champions League winners, Inter Milan. Though the victor of the Italian League and an international champion, Inter failed to start or play a single Italian in the final. How does a nation revered for its soccer tradition put forth a team, FROM Milan, that lacks a legitimate Italian contributor? Globalization strikes again. England’s Premiership has undergone similar changes. At one time, teams restricted the number of foreign players each team could have. However since these restrictions were dropped, the Premiership emerged as a United Nations of soccer drawing players from around the globe, most notably Africans and Latin Americans. As result, the league’s popularity around the world has soared, but fewer English players have been able to see the pitch. When England failed to reach the European Championships in 2008 (a quadrennial tournament between European national teams), some blamed this on the globalization of the Premiership. 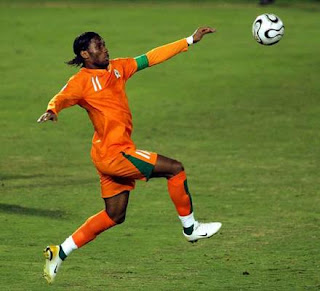 If globalization has brought new players to these leagues, resulting in fewer native born players, what has this meant for national teams? Well, look at Germany: it has two powerful German strikers of Polish origin and a strikingly creative mid-fielder of Turkish ethnicity. Considering Germany’s history with both ethnic groups this development might be viewed as ironic. As in other parts of life, globalization has had cross cutting effects for people. Sometimes good, sometimes bad, sometimes neither. For Americans, this globalization so far has been more a boon than a bane. Its given soccer a youth, exciting edge in such contexts, a great improvement over its apparent “pinko commie” tradition.

Ryan Reft
Previous PostDispatch from South Africa: Well that was a wet one...
Next PostLiveblogging Spain v Switzerland