I have to say, I have empathy for the looters. When you see no other option for survival, I totally understand the mindset of trying to obtain what you need to live.  Of course, I’m talking about those who tried to loot food and water in Somalia – not the idiots in London right now who are stealing televisions, clothing and anything else they can get their hands on.

This is not something I wanted to be writing about – my intention this week was to give a Premiership preview with some analysis of where each team stood.  Instead, I’m spending my time reading reports about London, a city I lived in for nearly 8 years, being in flames and destroyed by rioters.  I just wanted to offer a few thoughts about these events and will then provide a very brief prediction for the new season, whenever it may start.

Nominally, this all started because a man was killed in Tottenham, North London, by a police officer.  There are conflicting stories about the events that lead to this death, and they will come out in the investigation, but I think it’s important to recognise this has nothing to do with that event at this point.  There was a peaceful protest from the family of Mark Duggan, the man who was killed, requesting more information from the police, but for people to use that as a reason for this mindless violence and destruction is a complete fallacy.  Whatever happened in that incident, I feel great sympathy for the family of Mr. Duggan, and for the police officers who were involved in the incident.  If mistakes were made on either side, it would be difficult enough to come to terms with – to have the event be referred to as the catalyst of all this rioting must exacerbate it greatly.

Trying to work out the true reason for these riots is much more difficult – obviously economic downturn and a hot summer are contributing factors, but there are plenty of other places where those issues exist and people manage to get along without rioting.  The British National Party (the BNP – an extremist, racist group) will try and blame the influx of ethnic minorities to the country – indeed last night their Chairman and (somehow) Member of the European Parliament Nick Griffin tweeted that “In all the radio and TV Interviews I’ve heard from London, I’ve only heard one real London accent” – as if talking like Dick Van Dyke in Mary Poppins* would abate any trouble.  Griffin is doing his best to turn this into race riots, my fear is that he is going to be successful.  Thus far, from what I have seen the looters/rioters/arsonists/criminals/twats have been from every ethnic background – a potential descent into a race riot makes this all the more frightening.

*I’m kidding, his accent was terrible

One final point I would like to comment on, is the idea that those who are rioting are doing so because of poverty.  I know everything is relative, but there are real issues in East Africa right now, famine is killing tens of thousands of people and it is a humanitarian crisis of epic proportions.  Idiots in the UK are grabbing the headlines with their mindless violence, in the US everyone is focused on the economy and the amount of money companies were worth went from ‘a helluva lot’ all the way down to ‘slightly less than that’; meanwhile people are starving to death.  These people have real problems, not ones created by bickering governments or opportunistic thugs – danger to ordinary people in the UK is very real now, I’m saying it is completely needless and could be stopped in an instant if the rioters realised the error of their ways.  The same is not true in the Horn of Africa, the situation is tragic and they need our help. If you can, donate to help to those most in need. 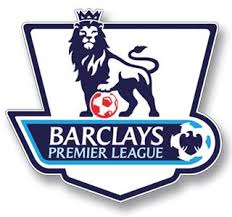 The 19th Premier League season begins on August 14th with an exciting round of opening fixtures, including last season’s 4th and 5th placed teams, Tottenham vs. Manchester City, and two of the “traditional” big 4 squaring off when Liverpool play Arsenal on Sunday 15th. I say “traditional” because it’s good to remember that things weren’t always like this.

Nowadays, the Premier League is the biggest league in the world with huge television revenues and very little turnover in terms of who competes for the title or finishes in the top 4 spots, which bring with them Champions’ League qualification and more money to boot.  But this oligarchic nature of the top flight of English football is a product of the Premier League structure rather than something that has always been in existence.  In its first season, the Premiership looked much different, and was a lot less predictable.

The last time I had been to a Spurs game was April 21st, 2007 – the day before I moved to NY. The game was a league match against our most hated rival, Arsenal, and had ended in a draw after a last minute equaliser for Tottenham.  Thanks to a pre-season tour to the US, I was able to go and see Spurs in action again tonight, this time against NY Red Bulls and their new player, our old foe Thierry Henry.  His association with Arsenal will never be forgotten for Tottenham fans and so, a game that could have been a routine tune up game, had that little bit more spice to it.

Travelling with my wife to the game, we arrived at the World Trade Center PATH station a good couple of hours before the game and it was somewhat surreal to hear the familiar chants I’d usually hear at Seven Sisters being belted out in downtown Manhattan. At the stadium, our seats were not far from the main section of Spurs fans
and, though there were plenty of Red Bulls fans
around me also, it definitely felt like home territory.

Henry was introduced to inevitable boos, Spurs players fresh for a new season were cheered on heartily as the teams were announced.