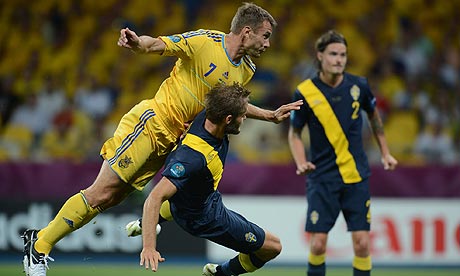 The last day of the 2nd round of group stage games, with Group D in action today. Yesterday’s Group C matches were a contrast–a tight match between Italy and Croatia that ended in a 1-1 draw, followed by a blowout 4-0 win for Spain, eliminating Ireland.

On to today: France travels to far eastern Ukraine to take on the co-hosts (can Ukraine build on King Sheva’s fairytale first game, and continue his quixotic quest to the Kyiv final?); and Sweden plays in England in the Ukrainian capital (read Brian Philips’ new piece in Grantland–“Englands of the Mind: The sound. The fury. The mediocrity.” and BBC on Roy Hodgson – The Sweden Years; although the latter is available to UK users only, so instead read Hodgson’s own words about his Sweden years here)

Hit us with some comments if/when you watch the matches: 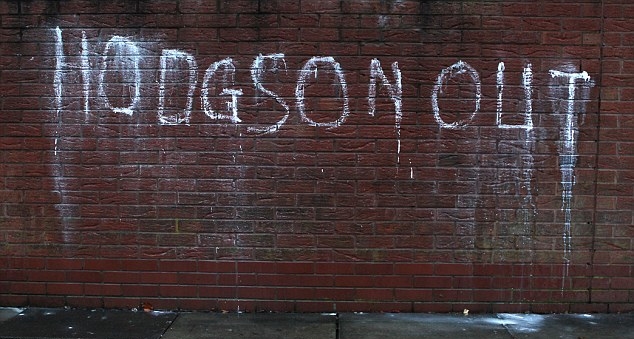 In what should come as no shock to any of us, Roy Hodgson took the axe today as Liverpool replaced him with fan-favorite Kenny Dalglish. We’ve had a soft spot for Hodgson, what with his classy subdued demeanor and his leading of Fulham into the top six plus Europa final over the last two season.

Sadly, he never got it going at Liverpool. The players didn’t seem to want to play for him, and when you’re working with a squad of also-rans, you need to encourage them to perform above their level. His side seemed more willing to coast on Liverpool’s storied history, hoping the very thought of the team would upset opponents and win them games. That’s not to say Roy didn’t have a hand in their failure, and once he lost the support of the fans there was really no way he could continue on in the post.

Stepping in is Liverpool favorite Kenny Daglish, an eight-time league winner with Liverpool in the 70s and 80s as a player, including three titles as a player-manager. He was also on the side for three European Cup triumphs. He’s been out of the game for a decade, and it’ll be interesting to see if his take on current tactics will be up to par (though we expect he’s mostly been installed to inject some passion into a side more than capable of reaching a top six position by end of season). As for now he’s considered an interim solution, but we’ll see if good results suggest a longer term.