Ruud Krol, one of the original Dutch masters, was born in Amsterdam on this day in 1949. So: Gelukkige Verjaardag Ruud Krol!

Krol was part of the great Dutch generation of the 1970s: he played on the great Ajax side that was managed by Rinus Michels and led on the field by Johan Cruijff, Johan Neeskens, Piet Keizer and Krol.  Together they famously won three consecutive UEFA European Cups (the precursor to today’s Champions League), and in doing so introduced totaalvoetbal to the world.

Indeed, Krol stayed at Ajax throughout the ’70s, after Cruiff and Neeskens had left for Barcelona and Keizer had also left the squad (for retirement?), leaving only in 1980 to spend a year with the Vancouver Whitecaps of NASL, followed by four seasons in Serie A with Napoli and a couple seasons in France with Cannes.

Krol was also a featured member of the great Dutch national teams of that era–the legendary 1974 team that was probably the best side to not win the World Cup, and he captained the 1978 team that returned to the championship game only to lose to the host nation yet again.

PS: A hat-tip to @retro_mbm for re-tweeting @barafundler‘s message that noted today is Krol’s brirthday and included the link this video. Follow @retro_mbm if you’re interested in the history of the game (“Modern football? No thanks! Classic matches, as they happened. www.retrombm.com”).

The marquee matchup of the Round of 16 is without a doubt Arsenal vs. Barcelona.  That’s partly because Arsenal is the one group-stage favorite that slipped into 2nd place in their group (behind Shakhtar Donetsk, due to losses at Donetsk and at Sporting Braga), and hence had to draw a group winner for the Round of 16.  But it’s also because these teams have an affinity, a rivalry, and a history.

Their rivalry comes out of their affinity and their history.  Both play what might be called the Dutch style of football–one that emphasizes possession, with the ball on the ground, intricate and sustained buildup (the opposite of “Route one” football), one- and two-touch passing (tiki-taka, if you will), individual technical skill, movement off the ball, a fearful geometry of passing angles..all in all, various aspects of “total” football.

Indeed, this Dutch heritage is real, especially in Barcelona’s case: their spiritual leader is Johan Cryuff, who brought to Barcelona this style–or rather philosophy–from Ajax in the early ’70s, when he was the best player in the world. It was Cryuff who suggested that Barcelona set up a youth academy, similar to the Ajax Academy, which became the famous La Masia–“The House that Built Barca” (h/t to Sumit for the link).

And Cryuff returned to Barcelona in the early ’90s, managing a group of fantastic players called Cryuff’s Dream Team–the “fulcrum” of which was a young midfielder named Pep Guardiola. Now of course Guardiola is manager–and some are saying Guardiola’s current team is better than those Barcelona teams; including some who played alongside Pep back then (“when they won the European Cup for the first time in 1992 and clinched four consecutive league titles between 1991 and 1994.  That side featured the likes of Romario, Hristo Stoichkov and Ronald Koeman.)

With Arsenal, a similar “continental” style of play came to north London via France–Arsene Wenger arrived to manage Arsenal in the mid-’90s, after a decade managing in France.  Although he’s perhaps best known for bringing to the Premier League French and African (and especially, perhaps, French-African), two of his most influential players in his first decade coaching at Arsenal were Dutch internationals Denis Bergkamps and Marc Overmars–and one of his most important right now is Dutch striker Robin van Persie.

But his most important player, Arsenal’s talisman, if you will, is Cesc Fabregas–a native Catalan whom Wenger signed away from Barcelona’s La Masia seven years ago, when Cesc was only 16.  Apparently Cesc was convinced that he wouldn’t have the same opportunities to play at Barcelona that he has had at Arsenal, given the midfield talent that was being groomed at La Masia back then. But now Barcelona now wants to bring Fabregas back–which is one source of conflict between the clubs, and one of the major storylines of these meetings.

Consider this anecdote related in a BBC piece titled “The One That Got Away“:

As a player, Guardiola was very much the prototype of the modern Spanish midfielder: technically-gifted, balanced and an immaculate passer of the ball.

He was at the heart of Johan Cruyff’s all-conquering Barca side in the 1990s and was idolised by the young Fabregas as he made his way through the academy ranks.

Borrell, who has remained a friend and confidante to Fabregas, tells a story that encapsulates the connection between the Arsenal star and his one-time hero.

In 2001, when Fabregas was going through the pain of his parents’ divorce, Borrell persuaded Guardiola to sign his famous number four shirt for the young protege. On it, he wrote: ‘One day, you will be the number four of Barcelona.’

But for now, of course, the heart of the Barcelona midfield, the deus ex machina, is Xavi.  Messi scores the goals, gets the press, gets the awards–but many thought it was Xavi that should have received the Balon d’Or this year, instead of Messi (but Xavi finished 3rd in the balloting–with Iniesta finishing 2nd!).

You must read this interview with Xavi that Guardian Football’s Spanish correspondent Sid Lowe conducted last weekend.  An excerpt:

Think quickly, look for spaces. That’s what I do: look for spaces. All day. I’m always looking. All day, all day. [Xavi starts gesturing as if he is looking around, swinging his head]. Here? No. There? No. People who haven’t played don’t always realise how hard that is. Space, space, space. It’s like being on the PlayStation. I think shit, the defender’s here, play it there. I see the space and pass. That’s what I do.

That’s at the heart of the Barcelona model and runs all the way through the club, doesn’t it? When you beat Madrid, eight of the starting XI were youth-team products and all three finalists in this year’s Ballon d’Or were too – Lionel Messi, Andrés Iniesta and you.

Some youth academies worry about winning, we worry about education. You see a kid who lifts his head up, who plays the pass first time, pum, and you think, ‘Yep, he’ll do.’ Bring him in, coach him. Our model was imposed by [Johan] Cruyff; it’s an Ajax model. It’s all about rondos [piggy in the middle]. Rondo, rondo, rondo. Every. Single. Day. It’s the best exercise there is. You learn responsibility and not to lose the ball. If you lose the ball, you go in the middle. Pum-pum-pum-pum, always one touch. If you go in the middle, it’s humiliating, the rest applaud and laugh at you.

Your Barcelona team-mate Dani Alves said that you don’t play to the run, you make the run by obliging team-mates to move into certain areas. “Xavi,” he said, “plays in the future.”

They make it easy. My football is passing but, wow, if I have Dani, Iniesta, Pedro, [David] Villa … there are so many options. Sometimes, I even think to myself: man, so-and-so is going to get annoyed because I’ve played three passes and haven’t given him the ball yet. I’d better give the next one to Dani because he’s gone up the wing three times. When Leo [Messi] doesn’t get involved, it’s like he gets annoyed … and the next pass is for him.

See below for what Xavi has to say about Arsenal and English football.  (With apologies to Sid Lowe and the Guardian, we’ve ended up excerpting the majority of the interview–so click thru and give them a pageview.  Or even better, make sure you read everything Sid Lowe writes–no better English-language coverage of La Liga exists, as far as we can tell.  In fact, click thru to Lowe’s breakdown of “Three lessons for Arsenal before they take on Barcelona“; namely–1: Internazionale, Champions League, 20 Apr 2010; 2: Sporting Gijón, La Liga 12 Feb 2010; 3: Real Madrid, La Liga 29 Nov 2010.)

Guardian Football has been doing a “World XI” series over the last couple weeks: “To mark Diego Maradona’s 50th and Pelé’s 70th birthdays, Guardian writers and readers set out to choose the greatest football team of all time.”

Here is the side chosen by the Guardian readership:

The odd man in is of course Steven Gerrard:

Looking at this World XI one name will immediately jump out at you: Steven Gerrard. He’s good, but is he really that good? The rest of the World XI is probably, give or take a personal favourite or two, the team most people would eventually choose. But how did Gerrard make it into the middle?

Click thru on the image to read all about it. 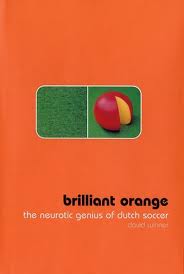 [Editor’s note: this post was written the morning of Friday July 2, prior to Holland’s upset of Brazil. We will need to update this post for Friday’s victory–the most significant in Dutch history at least since dramatic quarterfinal win over Argentina in 1998 (see video below), and perhaps since winning Euro ’88 over the USSR.]

Today’s first quarterfinal match may just be the most anticipated of the bunch–Brazil vs. Holland.  It’s a contest between two great footballing nations, both known over the decades for playing beautiful football–technically precise, individually and tactically creative, seemingly able to maintain possession as long as they want–and for producing some of the greatest players of all time.  From Brazil: Ronaldo, Rivaldo, Ronaldinho, Roberto Carlos, Romario, Garrincha, and of course Pele. From the Netherlands: Ruud van Nistelroy, Denis Bergkamp, Frank Rijkaard, Marco van Basten, and the greatest and original Dutch master, Johan Cryuff.

By way of comparison, Italy has won four times, Germany three (twice as West Germany), Argentina and Uruguay twice each, and England and France once each.

Conspicuously absent from that list is Holland.  The Dutch have come close–twice in a row finishing in 2nd place, both times losing to the hosts: to West Germany in 1974 and to Argentina in 1978, and advancing to the semifinals in 1998, only to lose to Brazil in a penalty shootout.