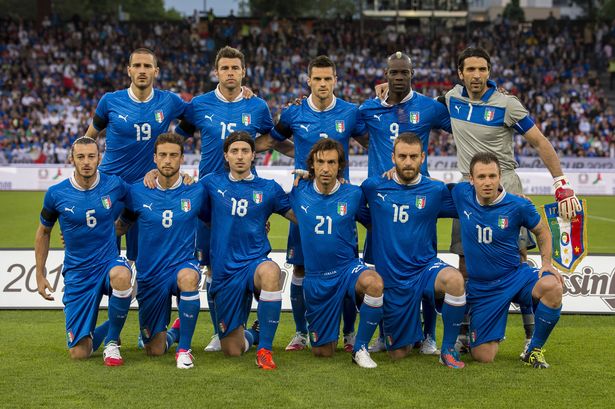 I grew up watching soccer and seeing the gold jerseys of Brazil or Germany's white ones – gives me goosebumps, especially when I see the bright azzurri jerseys on the same field. It brings back memories of great games, players, tears and joy. 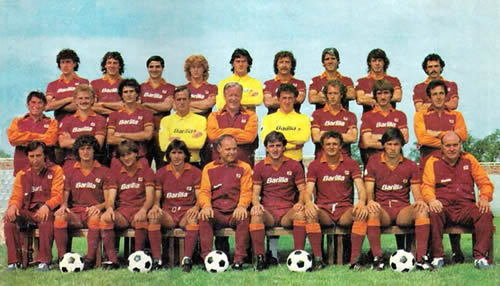 I am an hardcore fan of the “magica” Roma…I fell in love with the “giallorossi” (“red-yellow”) when I was a kid, 10 years old (1980), Roma-Udinese 0-0, at the old Olimpic Stadium with my mum and dad. We got there at the last minute and we could only find standing “seats”, at the bottom of the Curva Nord (the other curve, Curva Sud, is the home of Roma’s fans). Tw years later Italy won the World Cup, defeating Argentina with Passarella and an already famous Maradona.  (Gentile, the rough italian defender, still has a piece of his jersey!)  Then Italy-Brazil, 3-2, an amazing game, with three goals by Rossi (and a great counterattack goal by Antognoni disallowed)….I am talking about the great Brazil of Zico, Falcao (a Roma’s player by then), Socrates, Junior, Eder….I think one of the best games ever by the Azzurri, second only to the 1970 semifinal victory against Germany (4-3 in overtime). Poland of Lato in the semifinal was a joke and then the usual win against Germany…we rarely (never?) lost against Germany in the World Cup.

There was always a party in the streets during that summer of 1982 in Rome, Italian flags everywhere, people crazy rallying for hours after each game…and remember that we barely made it through the first round, with a tie against Cameroon.

Well, a few months later, in the ’82-83 Serie A season, Liedholm (Swedish coach), Falcao (5), Conti (7), Di Bartolomei (10), and Tancredi (goalie) lead the Roma squad to the second scudetto after 40 years!!  Nobody removed their flags from the windows and balconies, they just added the Roma flag!!!  I remember those days with a lot of joy. I was 12….still a kid.  Me and my dad going to the stadium by subway, then bus, sometimes walking for a couple of miles just for the heck of it (waiting for the bus was boring and we were usually early for the game, since the sooner we got there, the better seats we could get). Bringing paninis with us, spending hours in the stadium, cutting newspapers to use when the teams stepped into the field, singing the Roma anthem by Venditti (see below).  Many times my cousins came along, as well as some friends from school, but it was mainly me and my dad…always there.