[Editor’s note: Edhino, although a supporter of Arsenal (since around the time of Fever Pitch) and Leeds (since watching them during their heyday on the sole televised match of the week as a boy in Singapore), scored tickets to Chelsea-Fulham for his extended London layover last weekend. Certainly he couldn’t support the Blues–hence the headline.]

But before I disparage Fulham, first let me say that Chelsea pies are terribly disappointing. All those millions spent on players and they can’t muster a decent pie?!? (Pies: a quintessential part of the footballing experience. To date, the pies at the Joburg stadium still the best in my limited experience…)

My 1st row seat turned out to be upper tier but awesome nevertheless a mere 30 feet from the goal posts so close I could smell Petr’s deodorant when he raises both arms up in that surrender pose that keepers do at corners. Unfortunately I was at the wrong end and got to watch Chelsea attack impotently in the first half and then get both goals on the other side in the second. It also meant I didn’t get a close view of errant Darren miss his one-on-one with Čech.

Chelsea looked miles better than Fulham, as they should, and that is just in simple things like ball control and sensible movement in support of each other. Fulham on the other hand played like a middling Singaporean league team – heavy on their touches, giving up balls even when Chelsea didn’t want them, and running far from each other so that the player with the ball had to try to beat 2-4 Chelsea players on their own. Much as I sang along to the spirited Fulham chants of “stick your blue flag up your arse”, “John Terry your mother’s a ho” “Mourinho you’re not so special anymore”, etc, it was downright depressing after the tenth time Sidwell loses the ball, or Parker or Duff run themselves into blue cul de sacs or Dent huffs his way after balls headed for the touch line. I could only think – how horrible to be a Fulham fan to have to watch this drivel weekly? Berbatov wasn’t playing so perhaps he makes a difference but on other hand how horrible for him to have to play with such drivel??

After watching the second half of yesterday’s Clasico, I’m beginning to see Mourinho as Salieri to Guardiola’s Mozart. When a team of Madrid’s caliber gets schooled and forced into errant passes and frantic individual dribbles on offense and desperate tackles on defense, huffing shadow-chasing and hapless outreached hands pleading for offside calls that won’t come, the opposition must be touched by the divine; the divine stringing of passes, la pelota always kept just a fleeting inch away from Madrid’s lunging cleats, and importantly, the divine total defense, which at one point saw Özil attempting to dribble into the box only to be surrounded by seven (7!!) claret and blue shirts.

That is the intensity of Barca’s defensive strategy, immediate ganging up on the person with the ball, so that even if an opponent manages to dribble past one, or two, they never have the time to look for the pass because there will immediately be the third, and then its back to eluding the first again. Barca’s players attack at a leisurely tiki-taka pace, and save their bursts of speed for reclaiming the ball. This zealous, jealous demand for the return of the ball is as much part of the secret of their possession as it is their immaculate passing.

I want to see a team really try to take Barca on with their own style, pass for pass, tik for tak, rather than Mourinho’s vainglorious attempt to find an alternative way, trying fire against water, then air and iron, his mad doomed search for an antidote when perhaps what he needs is a vaccine?

[Editor’s note: If you missed the match, read Sid Lowe’s match report or his subsequent blog post (“Real Madrid damage image, reputation and status in defeat to Barcelona“).  Or better yet, watch the video highlights below (at least before they’re taken down due to copyright infringment) or stream the full match from ESPN3.com’s archives.] 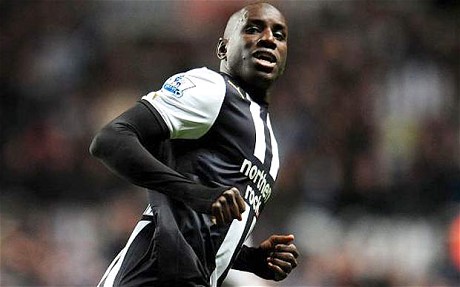 Prologue: Salvador, up in northern Brazil, is so unlike Rio and Sao Paulo, the rest of the country refers to Bahiaians rudely as "slow". As I trudged through the late afternoon sun looking for the Newcastle - Man Utd game, it struck me that the heat may have something to do with it.