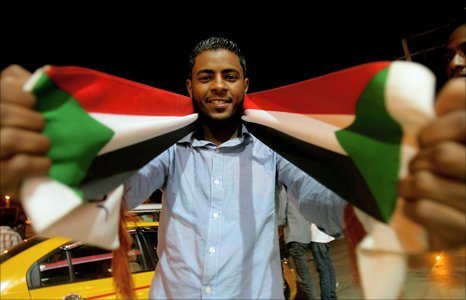 A whole gaggle of interesting matches to watch this weekend.  We’ve chosen a handful each on Saturday and Sunday, including the quarterfinals of the African Cup of Nations, a couple each from the big leagues (Premier League, including Chelsea-ManUtd; Serie A, highlighted by AC Milan-Napoli; La Liga–the one we’re most interested in is Atletico Madrid-Valencia), plus a few wild cards (e.g., a Futsal Euro match Saturday night and East Bengal-Mohun Bagun, live from Kolkata). And there’s also the small matter of a Northeast (US) derby of sorts Sunday night in Indianapolis.

Check back in over the weekend for additional preview notes on these matches.  But since our first selection kicks off shortly…

(Note: As usual, all times are ET (=UTC-5) and the given USA TV info was obtained via http://wapo.st/A56mR4.  Consult livesoccertv.com for your local listings.)

Germany, Nürnberg-Borussia Dortmund  (2:30pmET GolTV): Just for something to watch today, and for a Bundesliga match.  Plus Dortmund is one of the teams we like to watch–and they’re doing very well again this season in the league: joint top of Bundesliga with Bayern and Schalke.

Unfortunately their young rising superstar is out 4-6 weeks with a stress fracture of his pubic bone (ouch).  But they’ve got additional young and exciting players from across the globe on their squad: strikers Robert Lewandowski (Poland) and Lucas Barrios (Paraguay); Japanese midfielder Shinji Kagawa; Serbian(-American) Neven Subotić, who teams up with German Mats Hummels in central defense.  FC Bayern blogger & “Bundesliga wannabe expert” @RedRobbery kindly replied to our question about who to watch in this match, and directed us to also watch midfielders Sven Bender and Jakub “Kuba” Błaszczykowski. (The latter is captain of the Polish national team, and described by Polish great Zbigniew Boniek as a “litte Figo” when Dortmund signed him from Wisla Krakow in the summer of 2007).

On the other side of the ball, RedRobbery picked out young German center back Philipp Wollscheid, the experienced Belgian holding midfielder Timmy Simons, and young Czech striker Tomáš Pekhart as players to watch on the Nürnberg squad.

(Contrary to the conventional wisdom that the German national team is pretty much Bayern Munich, note that Bender, fellow midfielder Kevin Großkreutz, Hummels and of course Mario Götze have all made appearances for the German national team–as has Marco Reus, who will be coming over to Dortmund this summer after a breakout season at the other Borussia.)

England, Arsenal-Blackburn 8 a.m. ESPN2, ESPN Deportes, ESPN3.com: Gunners achieved 1 point from their 4 January league fixtures–and that a scoreless draw against lowly Bolton.  This weekend they play even lower Blackburn.  But let’s not forget Arsenal lost at Blackburn back in September, and that Arsene has maybe lost the stadium.  Groundhog Day for Arsenal?

For some background, read Gary Al-Smith’s new blog post on Sudan: “To which half of the country will the Cup go if Sudan win?” and a BBC article about “South Sudan’s divided support for norther neighbours.”

Al-Smith’s blog post opens with the line: “A common stat you may have heard in the past few days: the last time Sudan won the African Cup was 42 years ago, 1970” and a story about Sudanese club Al Hilal playing Canon Yaounde in the Cameroon capital in a 1987 African Champions Cup semifinal, after which

a six-year old got his wish and shook hands with the legendary Sudanese forward Ali Gagarin. Gagarin was shocked when he met the little boy, not because he was not aware of his fame, but at the sheer awe in the boy’s eyes.

Gagarin, in a recent interview, recalls the incident: “I was told that a young man came to the stadium and asked for the jersey of Gagarin and said ‘I want the number 9 jersey of Gagarin.’ Do you know who is that young man today?”

The boy would later become Africa’s greatest footballer. The boy was Samuel Eto’o.

The other quarterfinal scheduled for today features one of the co-favorites versus one of the co-hosts: Ivory Coast-Equatorial Guinea (2pmET, also Al Jazeera Sports USA).  For some pre-game reading on this one, see see Jonathan Wilson’s column in the Guardian: “Kily keen to upset the odds for Equatorial Guinea against Ivory Coast: The co-hosts’ right-back usually plays in the Spanish fourth division but on Saturday he will face the much-fancied Ivory Coast in the Africa Cup of Nations quarter-finals”

Spain, Athletic Bilbao-Espanyol (12pmET, ESPN Deportes, ESPN3.com): We have been trying to look beyond the big two in Spain.  This is an interesting match not only because it’s Marcelo Bielsa’s Athletic Bilbao, but because it’s an important match for the league standings.  Espanayol is in 5th place with 31 points, Athletic hot on their heels in 6th place with 29 points.  Here’s the top half of the table (columns: played, won, lost, draws, goals for, goals against, goal differential, points):

Futsal Euro, Ukraine-Spain (6pmET GolTV): The 2012 Futsal European championships are taking place in Croatia. Who knew? The group stage is ending this weekend, with the quarterfinals Monday and Tuesday, the semifinals Thursday, and the final next Saturday.

Italy, Roma-Inter Milan or AC Milan-Napoli (both 9amET, both on ESPN3.com; Milan-Napoli also on Fox Soccer Plus): Two big-club clashes in Serie A. Roma, Inter and Napoli are all likely out of contention for the Scudetto, but are aiming for a spot in Europe. Milan is in 2nd, just a point behind still-undefeated Juventus–but they’ve been struggling lately, including a loss to Lazio mid-week.  The table:

England, Chelsea-Manchester United (11amET, Fox main network): The big one this weekend in England. ManUtd are trying to keep pace with City at the top of the table, while Chelsea are seeking to hold on 4th (and that crucial Champions League spot).  See here for squad sheets, as well as John Ashdown’s quick match preview:

This is second against fourth in the Premier League, a clash between two sides who have carved up the last seven titles between them, but somehow it does not feel like it. United have won eight of their last 10 fixtures in the league but are grinding out results in their pursuit of Manchester City. Chelsea, meanwhile, stumble and stutter in their attempt to hold on to the final Champions League spot. Neutrals must hope that at least one of these big beasts can rediscover their mojo come Sunday tea-time.

Indeed, Chelsea have often seemed on the verge of crisis throughout the season–whether due to grumbling about new manager Andre Vilas-Boas’s tactics or squad selection, speculation about whether Fernando Torres will ever score again, or controversy about captain John Terry.  Here was our Chelsea observer The Cunning Linguist with some observations he offered up back on Boxing Day:

I think part of the problem with Torres is the obvious pace he’s lost but the other part is the way he’s being utilized and the infrequency. When at the kop he looked to be picking the ball up further up field from long balls and such but now he’s coming back further to build play given the tight band of barca’s that is being employed; obviously Chelsea’s personnel doesn’t warrant the barca style. The odd part is that drogba seems to be getting faster and a bit more creative as he gets older; hat’s off to the old boy. let’s see what drogba’s absence for the African cup in jan means; can’t believe Torres is done. Saw some decent stuff from him in the game; movement, control, etc. There was a great chest ball and shot that didn’t do much but it was a damn neat piece of skill.
Until avb figures out what the new Chelsea style is, it’ll be mourinho against good teams and experiments against lesser quality teams. For me the real story is mikel’s loss of favor; romeu’s the future. Lampard’s done; feel bad it has go go down this way but that’s that.

African Cup of Nations quarterfinals, Gabon-Mali 11amET and Ghana-Tunisia 2pmET: Take a look at The Hard Tackle’s match previews.  Looking ahead at the schedule, both semifinals will be Wednesday, with the final next Sunday in Libreville.

Spain, Atletico Madrid-Valencia (3:30pmET ESPN3.com): As we wrote last weekend, Atletico salvaged their season after turning to Diego Simeone in December.  They’re up to 7th in the table, and challenging for a spot in Europe is not out of the question.  Valencia is trying to solidify its hold on yet another #3 finish–but they’ve also got a big Copa del Rey clash coming up mid-week–the 2nd leg of their semifinal against Barcelona, following the 1-1 draw at the Mestalla last Wednesday.