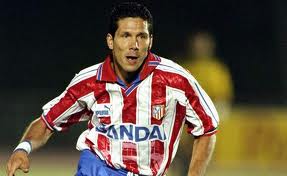 We’ve got to post a quick recap of what we watched this past weekend–but first, very briefly, here are two games today that you could tune in for, in case you’re looking for something to watch this afternoon/evening (depending on your timezone):

African Cup of Nations, Côte d’Ivoire vs Angola (1pmET, Al-Jazeera Sports / Eurosport International): The group stage of AfCON2012 wraps up over the next couple days. These are the top two teams in Group B, and will most likely advance to the knockout stage (Sudan, who are simultaneously playing Burkina Faso, can advance only according to a very convoluted–but not impossible–scenario:

Like much of the Euro-centric football-watching world, we’re not sure who to watch on Angola.  A look at their current squad shows (not surprisingly) a number of players playing club ball in Portugal–we’re guessing that forwards Djalma is a player to watch, given that he plays for Portuguese powerhouse Porto.

Spain (La Liga), Osasuna vs Atlético Madrid (3pmET, GolTV): Atlético has been experiencing a resurrection since they fired Gregorio Manzano and hired El Cholo–former Atlético star Diego Pablo Simeone.  As usual, we rely on Sid Lowe’s Guardian writing for our knowledge of La Liga.  Read his blog post from mid-January in full: “Atlético’s favourite son Diego Simeone returns to light up the Calderón: Atlético’s fans finally welcomed home ‘El Cholo’ on Sunday, and their new coach gave them hope for a more stable future” (and/or see below for an excerpt).

After selling off their big name players last summer (Kun Aguero to Man City, Diego Forlan to Inter), Atletico Madrid lost a lot of star appeal.  The player on their current squad that we’ve been hearing the most about is Colombian striker Falcao, who’s been banging in the goals, as he did previously at Porto under Andre Villas-Boas.  Indeed, AVB wanted to bring Falcao along to Chelsea over the summer, but somehow Atlético got him instead–and now there there are rumors AVB will ask Abrahamovich to open up his moneybags yet again to do the deal this summer. Falcao as a replacement for Drogba–or maybe even Torres? Maybe a swap that send El Niño back to his boyhood club?

Beyond Falcao, we recall from a previous viewing of Atlético that we were impressed with Brazilian midfielder Diego, who’s on loan from the Bundesliga’s Wolfsburg. Also keep an eye on Spanish youngster Adrián López, who just joined the club last summer after five years with Deportivo La Coruña.  Further back on the field, Uruguayan international Diego Godín and captain Antonio López (a product of Atlético’s youth system) anchor the defense, and in front of them experienced Portuguese midfielder Tiago Mendes (30yo, has stints at Chelsea and Juve on his resume, plus 58 caps for Portugal, including two World Cups and a Euro championship).

Now for those excerpts from Sid Lowe’s column about Diego Simeone returning to “the banks of the Manzanares“:

Madrid awoke to the front-page news that “El Cholo” had filled the Vicente Calderón on his return, 55,000 faithful atléticos acclaiming the third coming. The headline came as bit of a surprise: not so much because he hadn’t filled the Calderón as because he hadn’t even returned to it yet. Still, there’s nothing quite like selling successes that haven’t happened and still might not, especially round here, and it was only a few hours away. Noon on Sunday 15 January and Diego Pablo Simeone was at last back on the banks of the Manzanares, a saviour.

At last? In truth, he hadn’t taken all that long. It had been just six and a half years. Yet it felt longer. It often feels like Atlético Madrid work in dog years: everything happens so fast, so much goes on, that each year at Atlético is worth seven anywhere else.

Simeone always knew this day would come. Twice he had played for Atlético Madrid, between 1994 and 1997 and again between 2003 and 2005. The first time he had been at the heart of the side that won the double in 1996. When he left Atlético, he did so in tears to a huge, emotional ovation. A hardnut and a football nut who stood sadly under the shower the day he finally retired at Racing de Avellaneda, half an hour thinking silently, he went into coaching immediately. He had, team-mates said, been a coach as a player. There were six managerial stints in five years at five different clubs, some successes too, but none were Atlético. And the promise was always there, hanging in the air: maybe not today, maybe not tomorrow, but one day …

Sunday, at last, was the day. “The day of the Cholo,” as El Mundo Deportivo put it. Brought in at Christmas, Simeone had returned to action the week before, with a 0-0 draw at Málaga. Now, he was making his debut as coach at the Vicente Calderón and against another hero from the double – José Molina, Atlético’s goalkeeper in 1996, the unexpected debutant manager at Villarreal and back at the Calderón for his second game in charge. Team-mates but never actual mates – the photo of the pair “together” that the media used most last week shows the quiet, occasionally distant Molina posing with the trophy while Cholo Simeone stands saluting the fans as he waits his turn, a little too close to get out of the shot – here they were again, 15 years later.