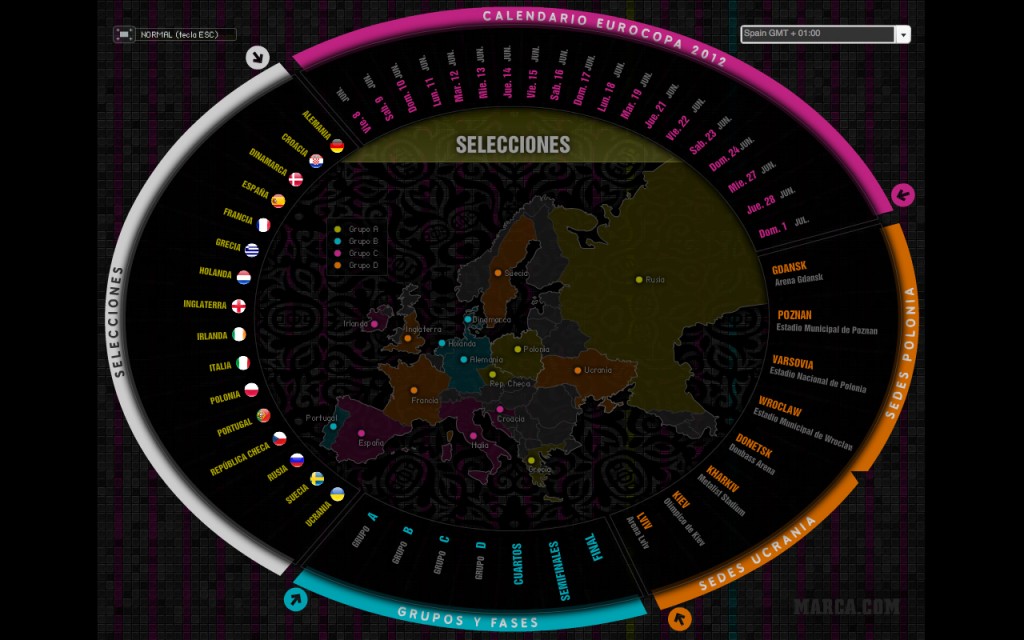 Part 1 of our Kicking Off Euro 2012 series: a couple nice interactive calendars–and below them, the full fixture list:

Click on the image above for a better view, but better to click thru for the interactive version on UEFA’s site–rolling over a given group, team, date or venue highlights those particular matches. Even better: clicking on a particular group, team, fixture or venue brings up a pop-up box with details and links to the rest of UEFA’s copious Euro 2012 coverage.  We’ll likely have this tournament map open in our browser the rest of the month.